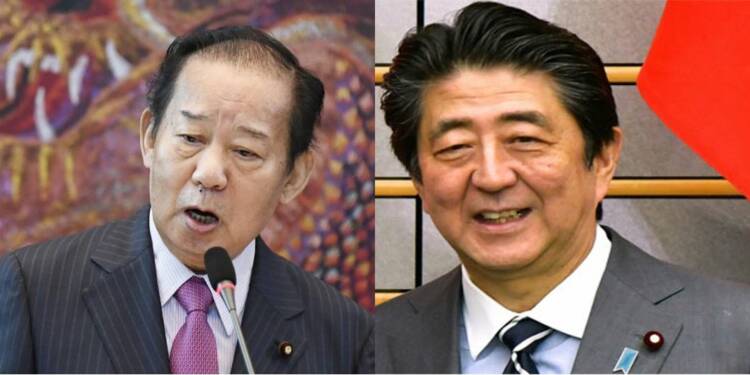 The political instability in the Japanese government seems to be on a rise and with the position of Yoshihide Suga as Prime Minister in question, Pro-China leader Toshihiro Nikai is eyeing the Prime Minister’s seat but his worst nightmare, Shinzo Abe is back in action to stop him. Former Prime Minister Shinzo Abe and other heavyweights in the ruling Liberal Democratic Party have formed a new Diet alliance, ostensibly to keep a lid on LDP Secretary-General Toshihiro Nikai’s rising influence ahead of the party’s upcoming leadership election.

At a meeting on Friday, Abe, Deputy Prime Minister and Finance Minister Taro Aso, and Akira Amari, chairman of the party’s Tax System Research Commission, officially launched the new organisation. The change is seen as a response to the rise of Nikai, the LDP’s powerful pro-China voice. Former LDP Secretary-General Hiroyuki Hosoda, former Finance Minister Fukushiro Nukaga, and former party policy leader Fumio Kishida were among the 60 members who attended the meeting. Officials from the Nikai group were absent from the unprecedented meeting of heads from various party factions.

The current Prime Minister Yoshihide Suga has been the right-hand man of Shinzo Abe right from the very beginning of Abe-san’s time in office. However, given the respect Shinzo Abe enjoyed and still enjoys in the psyche of Japanese people, it has become difficult for his successor Suga-san and his political party, Liberal Democratic Party to fill his shoes. Given these circumstances, Shinzo Abe has been increasing his activities to help his party and provide support from outside, and as his medical situation normalises more and more, he is all set to make a comeback to help the country sail through these tough times.

The Japanese political landscape was turbulent when Shinzo Abe took the reins of the leadership, and it was he who boosted confidence in Japan. He was the one who made Japan an overt, expressive and assertive military power, which was no longer willing to shy away from asserting its claims and leading the countries in its area of influence. Now, after a graceful exit last year due to his health condition, he is all set to make a grand comeback to save the country from the re-emergence of political instability and the possible entry of a pro-China voice into the highest office of the Japanese government.

The founding of the new group comes as party members begin to call for Nikai to step down, in light of him having already become the longest-serving party secretary-general and with him set to have remained in the post for five years in August this year. A Nikai faction veteran said that the move “looks like a political game,” suggesting that Nikai is not happy about it.

However, whatever Nikai may think about the current developments, Shinzo Abe and his supporters are determined to see that the pro-China voice does not succeed in taking the Prime Minister’s seat.