After backstabbing its Five Eyes partners and prostrating before China, New Zealand senses a storm coming 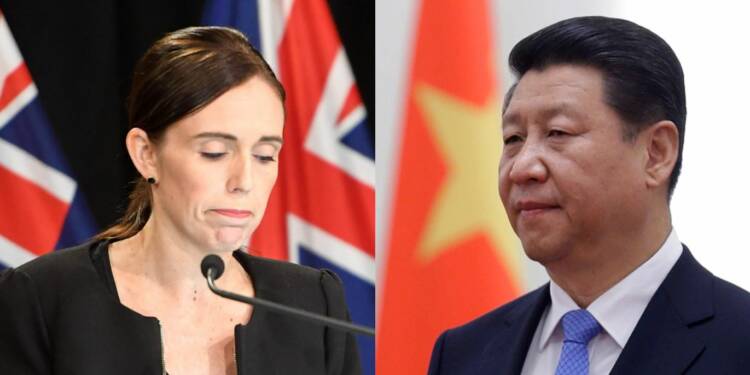 Foreign policy is inherently selfish, and countries look for their best interests, but sometimes myopic leaders do not see the bigger picture and end up getting their countries into the worst of the worst situations, and New Zealand PM Jacinda Ardern has done the same for her country. She tried to make the maximum gains in the short term, by backstabbing the Five Eyes partners and making extra efforts to kowtow to China and Xi Jinping. However, now as the country is expecting a storm approaching, she finds her country alone and unprepared for the impact.

Foreign Minister Nanaia Mahuta has cautioned that New Zealand could be caught in the middle of a “storm” of Chinese rage and that exporters must diversify to survive worsening ties with Beijing. Mahuta’s remarks come as the New Zealand government is under growing pressure to take a tougher stance against China’s human rights abuses and crackdowns, highlighting the dangers of inciting Beijing’s wrath. Australia is embroiled in a trade war with China, which Mahuta compared to being in the midst of a storm that could easily engulf New Zealand.

China-Aussie relations have taken a turn for the worse ever since the pandemic hit. Australia’s comments for an open international investigation started a debacle in diplomacy between the two states. It further exaggerated as Beijing imposed unofficial trade sanctions to hurt Australia but to no avail. Despite sharing a special relationship, New Zealand refused to criticise China for its animosity toward its ‘friend across the ditch’. And then it went on trying to please its Chinese friends & had called Australia to “show respect” to the Chinese.

Earlier, in an effort to reduce trans-Tasman tensions, the Minister of Trade of New Zealand phoned his Australian counterpart when he suggested Canberra “show respect” and behave more diplomatically towards China. Damien O’Connor, the NZ minister, had angered some Australian government members with remarks he made in a Wednesday television interview when asked about his country’s offer to mediate between Canberra and Beijing.

Now as the efforts to appease China have gone down the drain, New Zealand’s government is really concerned that Australia may throw a storm at them which will be too much for them to handle. “We cannot ignore, obviously, what’s happening in Australia with their relationship with China. And if they are close to an eye of the storm or in the eye of the storm, we’ve got to legitimately ask ourselves – it may only be a matter of time before the storm gets closer to us,” she told the Guardian.

“The signal I’m sending to exporters is that they need to think about diversification in this context – Covid-19, broadening relationships across our region, and the buffering aspects of if something significant happened with China. Would they be able to withstand the impact?” she asked. China accounts for more than $33bn of New Zealand’s total trade and nearly 30% of exports. When asked about the gaps in New Zealand and Australia’s approaches to China, Mahuta said she didn’t “want to be dragged into focusing on another country’s approach in its bilateral relationship.” She did note, however, that New Zealand’s relationship with China had evolved over time.

New Zealand stands relatively alone and trying to balance its western allies with China was grave diplomatic hara-kiri, which the Jacinda government committed. Going ahead, it looks like there can be a move by Australia that will put New Zealand into the eye of the storm and it will find it difficult to move out.