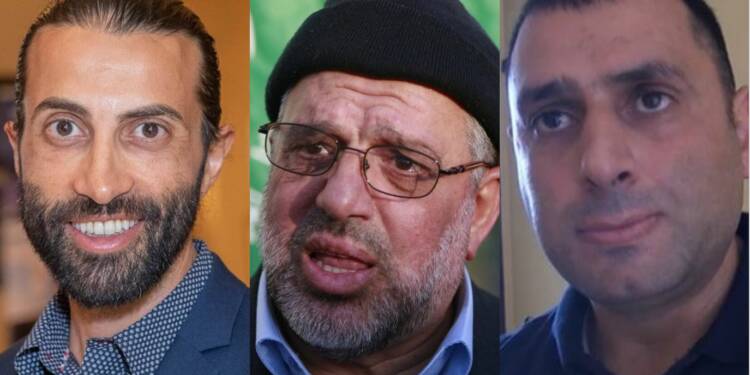 Despite the announcement of a ceasefire in the Israel-Palestine war between the troops in the Gaza Strip on Friday, May 21, the son of Hamas founder Hassan Yousef encouraged Israel to take down Hamas fighters. Mosab Hassan Yousef, Hassan’s son, asked Israeli forces to target Hamas officials for assassination.

Indeed, Mosab Hassan Yousef reasoned that assassinating Hamas leaders would teach the terror group a long-term lesson. Unrest erupted in July 2019 when another Hassan’s son (youngest) Suheib Hassan Yousef, in an interview with Israeli television, denounced Hamas militants’ actions and referred to them as a terrorist cartel, inciting outrage among Hamas members who labelled him a traitor, while other Hamas militants affiliated zones said he was working with the Israeli Mossad (national intelligence agency).

“Assassinating Hamas leadership will not destroy Hamas, but it will teach them a lesson and hold them accountable,” Mosab Hassan Yousef told The Post in a phone interview. “Next time, before you get civilians on both sides involved in a bloodbath, you need to think 1,000 times. This is my personal suggestion.”

Mosab Yousef was born in Ramallah, in the West Bank. Hassan Yousef, Hamas’ founder, conditioned him to be a figurehead in the war-torn country. Mosab worked surreptitiously with Israel’s internal security service, Shin Bet, in 1997. Because of his renowned familial history, he became known as “The Green Prince,” one of the most prized intelligence assets.

Yousef claims to have been closely following regional developments and has blamed the recent round of violence on Hamas. “The ostensible source of the current disturbance — was only a pretext,” he said, referring to a property dispute in East Jerusalem’s Sheikh Jarrah neighbourhood. He didn’t hesitate to say that top Hamas leaders like his father likely preached and practised terror in underground bunkers, using the deaths of their own people to win propaganda points.

“Hundreds of children have paid the price. These type of people cannot get away with what they did. They should not feel safe for a day,” he said. “Hamas hates Israel more than they love their own children.”

Suheib Yousef, another brother, left Hamas in 2019, telling Israeli media that he was tired of bloodshed and that the organisation was a “racist terrorist organisation that is detrimental for the Palestinian people.”

Tensions are high since previous cease-fires between Israel and Hamas have shown to be weak. Since the Palestinian group’s founding in the 1980s, Hamas and Israel have been involved in the ugliest kinds of combat. The recent military and force exchanges were in response to Hamas firing a barrage of rockets toward Jerusalem in retaliation for police raids on the Al-Aqsa Mosque in Jerusalem’s Old City, which is also the third holiest Islamic site, as well as the planned displacement of numerous Palestinians from their homes.

Even if the gruesome exchanges are temporarily halted, the conflict’s basic causes remain. Land disputes in Jerusalem and the West Bank, as well as religious sensitivities in Jerusalem’s Old City and the lack of a peaceful resolution to the problems. The Gaza Strip has been freed from Israel’s and Palestine’s oppressive embargo.

The views and arguments against Hamas by two that were previously Hamas operatives prove the deadly and despicable game Hamas plays in the region. Proxy funded by Iran, Hamas has one sole motive and that is to propagate fear in the region while at the same time destabilise it to permit no chance of continued peace.

Sons of Hamas’s open denouncement of the organization and labelling it as a terror group emboldens the view that Hamas operatives are not working for the people of Palestine or the Palestinian state but on the contrary, they are one of the major reasons for destabilization and loss of Palestinian life.

Democrat friendly media is suddenly parroting Trump’s line about Covid origins. Are they trying to save Dr Fauci?