George Floyd was a hoodlum who was killed and got famous. What legacy is the BLM talking about? 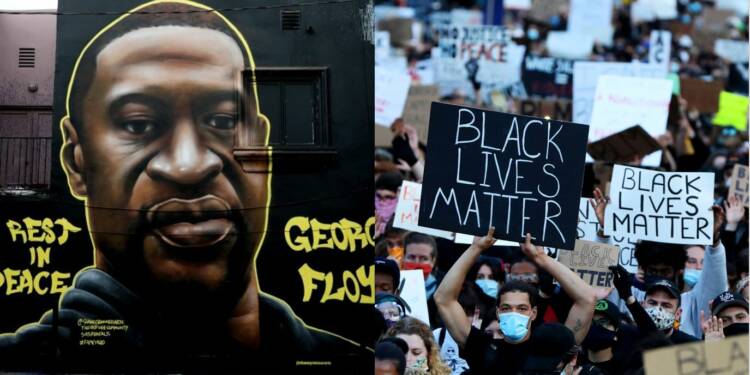 The way in which George Floyd has been elevated to a position of a legend in the past year is something that needs to be discussed. While it cannot be denied what happened to him was tragic, but how his name was propped up for different interest groups to be used for their specific interests can be viewed as something not out of altruism or respect. He was a hoodlum who was killed, although unfairly, because of a complaint of using counterfeit currency, and at the time of arrest he was also under the influence of drugs. So, when BLM talks about his legacy, what is it there to be eulogised? If at all something needs to be considered a legacy, it could be the protests and that too only if they remained peaceful, which they did not.

Brandon Williams, Mr Floyd’s nephew, told reporters that the family had a “great meeting” at the White House and that they discussed the passage of the George Floyd Justice in Policing Act, which remains stuck in Congress, despite a goal of passing it by the anniversary date. “[President Biden] said the deadline, he’s not happy about it not being met, but all in all, he wants the bill to be right and meaningful to hold George’s legacy intact,” Mr Williams said. The president, in a statement released after the meeting, said bigger changes to policing needed to be made than the conviction earlier this year of Derek Chauvin, the former Minneapolis police officer who murdered Mr Floyd during an arrest for a counterfeit $20 bill. All these changes are being bulldozered through the system in the name of George Floyd just to make sure that the Republicans are not able to oppose these changes, which Democrats have already wanted to be passed for a very long time.

George Floyd’s death instigated widespread protests across the United States, Radical left-leaning Democrats instigated their supporters as the protests turned violent. Many lives were lost and damages worth billions of dollars were reported. The BLM gave the Democrats the social justice issue to topple Donald Trump with. Using the death of an African American to topple the President is a sinister act. Some lines should not be crossed but when it comes to the Democrats, the party and the agenda reigns supreme.

Read more: Nancy Pelosi thanks George Floyd for dying so that Democrats could almost win an election

The Democrats used the noble cause of Social Justice for their own political gains, and it worked marvellously. They were supported by the Big Tech who brought the hammer down on anyone and everyone who criticised the protests. Trump had given the police the authority to crack down on the violent protests, but the left brigade, led by the likes of Democrat Cortez and Ilhan Omar, cracked down on the authorities themselves. They pushed to defund the police in Minneapolis, Portland and Seattle and succeeded.

On the other hand, BLM activists too have made fortunes and by this, we can say that the legacy that is being fabricated out of thin air just to make sure that these people can fulfil their self-serving interest and George Floyd is just a tool that has come in handy.

The Belarus blunder: Biden is bringing a war to Europe that Europe can’t win and Biden won’t help them