She bought a lavish mansion, then did massive corruption and now she is jobless – The story of BLM Co-Founder 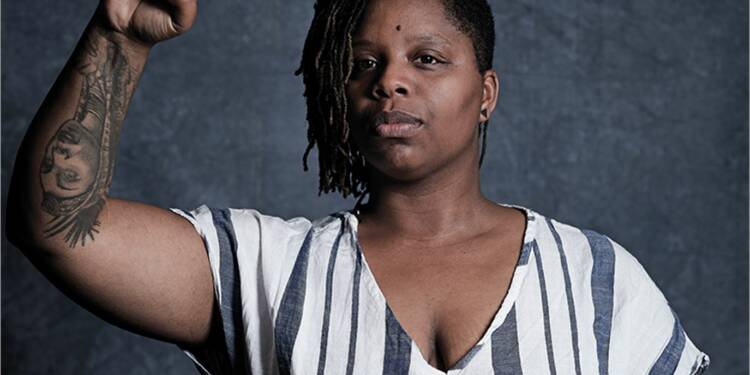 The ‘Black Lives Matter’ movement suffered a major setback as it announced an abrupt departure of its co-founder and executive director Patrisse Khan-Cullors on Thursday. BLM Global Network didn’t offer any explanation for the move but it is believed that her behaviour was growing increasingly inconsistent with the supposed beliefs of the movement.

The latest fiasco at the hands of Patrisse Khan-Cullors was unearthed not so long ago. Just three weeks ago, the Daily caller news foundation reported that she had used her position as the charity’s leader to funnel business to an art company led by the father of her only child. Experts believe the move by Patrisse Khan-Cullors amounted to “self-dealing” that raises serious ethical and legal questions.

Off lately, the self-proclaimed Marxist leader found her in the muddy waters when it was revealed that she became the owner of a $1.4 million lavish house in an exclusive Los Angeles neighbourhood, where the vast majority of residents are White. Reports also reveal that she has purchased four homes across the country for a whopping $3.2 million since 2016.

Patrisse Khan-Cullors, marred by her own scandals, has claimed her ouster has nothing to do with the recent allegations. As per her statement, her resignation was in the works for over a year. She has also, very conveniently, termed the allegations as the personal attacks being inflicted upon her from the “Far-Right groups” or dissenters within the movement. “Those were right-wing attacks that tried to discredit my character, and I don’t operate off of what the right thinks about me,” Cullors said.

However, it’s no secret how Cullors has been timely taken to the cleaners by none other than her fellow BLM organisers. Reverend T Sheri Dickerson, President of an Oklahoma City BLM chapter and a representative of the #BLM10, a national group of organisers has publicly criticised the foundation about funding and transparency. “I know some of [the families] are feeling exploited, their pain exploited, and that’s not something that I ever want to be affiliated with,” Dickerson has said.

Black Lives Matter began as a hashtag in response to the acquittal of George Zimmerman in the 2012 shooting of Trayvon Martin. Cullors, along with BLM co-founders Alicia Garza and Opal Tometi, pledged then to build a decentralised movement governed by the consensus of a members’ collective. In 2015, a network of chapters was formed, while donations and support poured in. The movement announced it took in just more than $90 Million last year following the death of George Floyd, which sparked riots and violent protests across the United States. The foundation said it ended 2020 with a balance of more than $60m, after spending nearly a quarter of its assets on operating expenses. However, Critics have timely expressed their discontent over the organisation’s vague policies of offering support to the black victims of police encounters.

Patrisse Khan-Cullors’s 6-year long career has been all about the shameless flouting of BLM’s ideological beliefs and the values, which the movement claims to stand for. The BLM movement is full of fraudulent individuals willing to dupe ordinary and proud black Americans only to grow richer themselves. The ouster of Cullors and the likes of her is what BLM needs the most right now.

By shutting down a key pipeline, Biden is punishing NC, SC and GA residents for voting for Republicans

Koi Diamond- the jewel from Congo