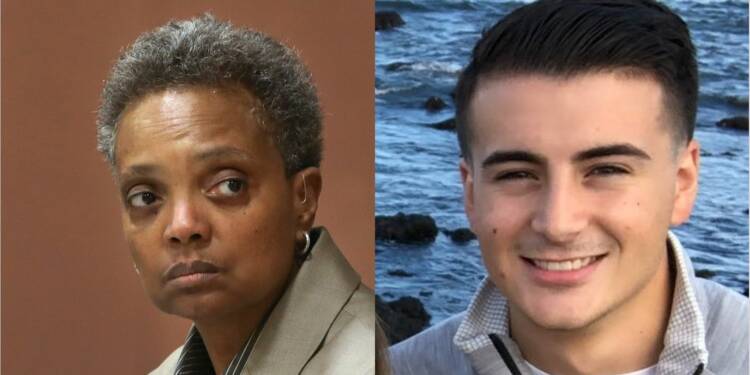 The Black Supremacist Mayor of Chicago seems to have hurt a lot of people and now as the criticism is mounting, new problems are arriving at her door. The mayor of Chicago is facing a civil rights lawsuit for saying she would only grant one-on-one interviews with journalists based on their race. Judicial Watch sued Lori Lightfoot alleging she violated the civil rights of reporter Thomas Catenacci and the Daily Caller News Foundation, the media organization co-founded by Fox News host Tucker Carlson. Ms Lightfoot has said she would reject interview requests for her second anniversary as mayor based on the race of the reporter, writing in a letter explaining her thinking she “will be exclusively providing one-on-one interviews with journalists of colour”.

Imagine this. A White mayor of any city in the United States of America banning Black journalists from interviewing them on a one-on-one basis. What would the outrage look like? Leave alone outrage, riots would spill out onto the streets of America, and BLM activists would be out in the open shouting their lungs out crying foul over how “systemic racism” continues to be perpetrated in the United States by Whites. But guess what? The mayor of Chicago is doing exactly that. The only difference is that Lori Lightfoot is a Black woman who is also gay.

That does not discount the fact that the Chicago city mayor is a racist. In fact, she is plagued with the very same disease which she claims to fight. In recent news, Lori Lightfoot has barred White journalists of Chicago from interviewing her on the occasion of her completing two years in office. The best part is that Lightfoot is masquerading this blatant racism as a means of ‘restoring racial equity. The decision of the Chicago mayor to give interviews only to Blacks and persons of colour has outraged many media persons not just in the city, but across the United States.

“It’s a shame that in 2021, the City Hall press corps is overwhelmingly White in a city where more than half of the city identifies as Black, Latino, AAPI or Native American,” Lightfoot said in a tweet. She added, “This is exactly why I’m being intentional about prioritizing media requests from POC reporters on the occasion of the two-year anniversary of my inauguration as mayor of this great city.” Now she is facing serious backlash on these comments and for holding such blatantly racial prejudice against white people.

News outlet The Daily Caller and Judicial Watch announced the lawsuit Thursday, in the aftermath of Lightfoot’s temporary policy, which she launched in protest of the lack of diversity in the Windy City press corps.

“It’s absurd that an elected official believes she can discriminate on the basis of race,” Daily Caller editor-in-chief Ethan Barton said in a statement. “Mayor Lightfoot’s decision is clearly blocking press freedom through racial discrimination.”

According to the federal complaint, Lightfoot infringed on reporter Thomas Catenacci’s First Amendment rights as well as his 14th Amendment right to equal protection. The lawsuit, which is available on the Judicial Watch website, does not claim that the mayor’s office denied Catenacci based on his race directly, but it does claim that three email inquiries were never responded to in the last week. According to the complaint, the lack of a response in a “timely manner” amounted to a denial.