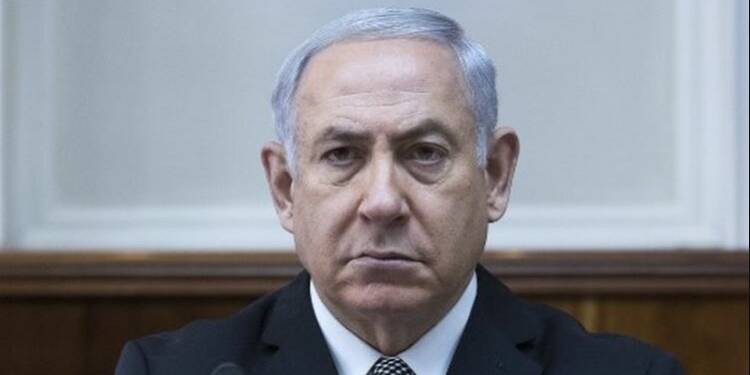 The political climate in Israel is changing really fast and it seems that the coalition arithmetic is slipping away from the grip of Netanyahu. Yamina leader Naftali Bennett has agreed to create a governing coalition with Yesh Atid head Yair Lapid, according to an unsourced TV report Friday on a deal that could pave the way for the ouster of Prime Minister Benjamin Netanyahu after over a decade in power. And if this succeeds and Netanyahu loses the PM’s chair, it will be really terrible news for Israel.

The Channel 12 news report came as Lapid rushed to rally backing for a government by the June 2 deadline, with Bennett potentially holding the keys. If Lapid is unable to secure a majority by June 2, the Knesset will have 21 days to agree on a prime minister, failing which Israel would hold its fifth election in two and a half years. Israel under Netanyahu has just tackled a great attack on their country by Hamas and under his astute leadership, it has been able to counter the pro-Palestine narrative and the anti-Semitic and anti-Israel remarks and actions. However, as the opposition adds up their numbers to oust Bibi in such a vulnerable time, it is really bad news for the country.

“I intend to enter talks and efforts to form a government that we will both head,” Bennett told Lapid Friday, according to Channel 12, which reported that an agreement had been reached despite the message’s seemingly non-committal nature.

A day after the UN Human Rights chief said that Israeli forces may have committed war crimes in Gaza territory, Israeli Prime Minister Benjamin Netanyahu has criticised the decision by the UN Human Rights Council to probe abuses in the Palestinian territories and inside Israel and in his speech, he has destroyed the UNHRC’s shameful observations about Isreal.

Calling the decision “shameful”, Netanyahu said in a statement, “This is yet another example of the UN Human Rights Council’s blatant anti-Israel obsession”. He added, “This travesty makes a mockery of international law and encourages terrorists worldwide.” One thing that can be said about Benjamin Netanyahu and that even its political adversaries accept is the fact that when push comes to shove and the country needs a leader that can put Israel’s point resolutely, he always comes as someone that can be relied on. However, with the opposition uniting to end his hold on power, Israel will face a void in leadership.

According to the network, Bennett will announce the deal to the public in the coming days, and the administration might be sworn in as early as June 8. Bennett would be the prime minister for the first two years and three months of the rotation administration, according to the article, before Lapid takes over for the final two years and three months in September 2023. It stated that an announcement would be made after Shabbat, either Saturday night or Sunday morning.

The departure of Netanyahu will not only impact the foreign policy of Israel but may also complicate the relationship with its Abraham Accord partners.

What if Palestine gets a Hamas President? How will Israel and the world deal with it?