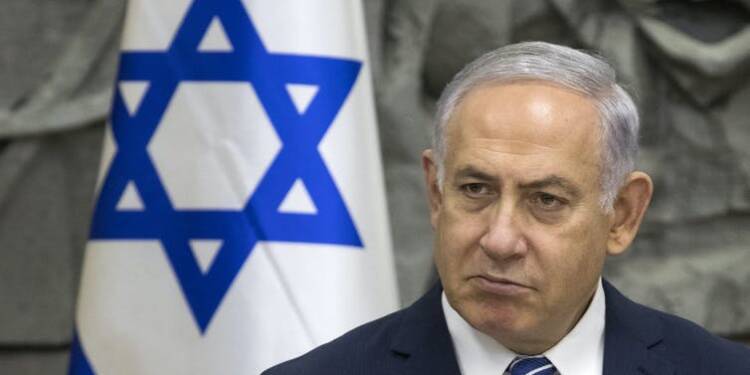 There are some things in the domain of International Relations that are as clear as water, and the fact that the United Nations Human Rights Commission (UNHRC) is entirely anti-Israel, is also an undisputed fact. A day after the UN rights chief said that Israeli forces may have committed war crimes in Gaza territory, Israeli Prime Minister Benjamin Netanyahu has criticised the decision by the UN Human Rights Council to probe abuses in the Palestinian territories and inside Israel and in his speech, he has destroyed the UNHRC’s shameful observations about Isreal.

Calling the decision “shameful”, Netanyahu said in a statement, “This is yet another example of the UN Human Rights Council’s blatant anti-Israel obsession”. He added, “This travesty makes a mockery of international law and encourages terrorists worldwide.” One thing that can be said about Benjamin Netanyahu and that even its political adversaries accept is the fact that when push comes to shove and the country needs a leader that can put Israel’s point resolutely, he always comes as someone that can be relied on.

The UN Human Rights Council decided on Thursday to establish an open-ended international investigation into the violations surrounding the recent Gaza violence, as well as the “systematic” crimes in the Palestinian territories and Israel. The resolution, which received the support of 24 of the council’s 47 members, will lead to unprecedented scrutiny of human rights violations and their “root causes” in the decades-long Middle East conflict. However, Israel and Netanyahu realise the extreme biases the UNHRC holds against their country and people. Which is why instead of giving any credence to the report, Netanyahu straight up destroyed UNHRC’s shameful observations.

Other bodies of the United Nations, which are not filled with representatives with inherent anti-Israel bias, have already called Hamas’s spade. When Matthias Schmale, the Gaza Strip director of the UN Relief and Works Agency (UNRWA), told Channel 12 on Sunday that Israeli strikes during the recent Hamas-Israel conflicts were “precise” and “smart,” he was merely expressing the facts as he saw them.

Schmale was queried about the IDF’s claim that its military operations on terrorist targets were particularly precise in an interview with journalist Arad Nir. He replied “I’m not a military expert, but I would not dispute that. I also have the impression that there is a huge sophistication in the way the Israeli military struck over the last 11 days, so that’s not my issue. I’ve had many colleagues describe to me that they feel that, in comparison with the 2014 war, this time the strikes felt much more vicious in terms of their impact. So yes, they didn’t hit – with some exceptions – civilian targets, but the viciousness, ferocity of the strikes was heavily felt.” And when these statements absolve the IDF and Israel of every observation that the UNHRC made, why should Benjamin Netanyahu pay any heed to these biased observations.

Read more: With its statement about Israel’s strikes being very precise, UN Body has insinuated that Hamas put civilians in the red zone deliberately

After 11 days of war between Israel and Hamas, Prime Minister Benjamin Netanyahu has proven himself to be the protector of Israel. The opposition within Israel was so far seemingly gaining an upper hand over Netanyahu’s Likud party. However, the events over the past few days have once again reminded the Jewish people of the grim realities which stare them in the face, and also how the region at large continues to remain hostile against Israel.

Within Israel, Benjamin Netanyahu’s political capital and heft have risen by leaps and bounds. He successfully protected the Jewish nation from a variety of enemies looking to take it down. And with the latest statements against the UNHRC’s biased observation and its blatant anti-Israel observations, he has once again proven his commitment towards the state of Israel and its people.

Koi Diamond- the jewel from Congo