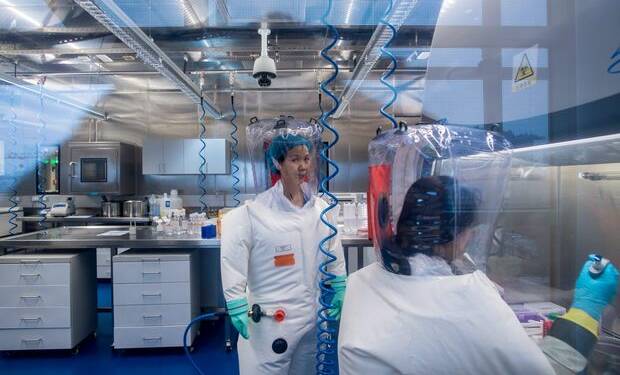 As researchers across the world step closer to unveil the mysterious origin story of the deadly Chinese virus, an uneasy China is now tactfully orchestrating another absurd theory to sweep its accountability under the rug. Scientists at infamous Wuhan Lab have now claimed that they were “bitten by bats and spattered with blood” that could be the potential source of the outbreak. The theory supports repeated claims made by the Chinese scientists that the virus could have most likely been spread from bats to humans via an as yet unidentified intermediary species.

The recent claims come just a week after the Chinese bat-woman, Prof Shi Zhengli published a report revealing that her team had identified eight coronavirus strains found on bats in the mine in China in 2015. The paper says that coronaviruses from pangolins pose more of an immediate threat to human health than the ones her team found in the mine. Instead, the Chinese government has been pushing another theory: that the virus reached Wuhan on frozen meat from China or South-East Asia. The desperate attempts being made by Chinese government to discredit the Wuhan Lab leak theory can easily be attributed to the renewed calls to investigate the likely Covid-19 origins.

US President Joe Biden recently asked the intelligence community to “redouble” their investigative efforts and to report within 90 days on the likely origins of the plague. The World Health Organization (WHO) is also preparing to begin a second phase of studies into the origins of COVID-19, after the first phase investigation invited harsh criticism given the involvement of “compromised” members in the WHO investigative team. The prominent scientists openly thrashed and questioned the “clean-chit” rewarded by the WHO’s investigative panel to the Chinese government.

Even the UK intelligence community now believes it is “feasible” that the pandemic began after the Covid-19 virus leaked from a lab in Wuhan. The UK is also actively helping the US government in probing of the virus origins. Off lately, the explosive research paper published by British Professor Angus Dalgleish and Norwegian scientist Dr. Birger Sørensen established the fact that Covid has no credible natural ancestor. The study proved how features of SARS-Cov-2 are ‘unique fingerprints’ which are ‘indicative of purposive manipulation’, and that ‘the likelihood of it being the result of natural processes is very small.’ Earlier this week, it was also revealed that US agencies were examining reports that three researchers at the Wuhan lab became so ill in November 2019 that they sought hospital care.

The issue of Covid-19 origin has been quite sensitive for the CCP ruled state. China even embarked upon a harsh and disruptive tariff war with Australia after Scott Morrison’s government openly demanded China to investigate the deadly disease. However, the recent pushback from countries and researchers across the globe could weaken the Chinese grip over the narrative.

The Chinese virus has claimed the lives of more than 3.5 million people globally and has pushed millions into the garb of poverty and darkness. It is essential to find out the origin of Covid as to prevent the outbreak of any such deadly disease in the coming decades. A confirmation of the Wuhan-leak theory would pave the way for further investigations into the handling of deadly viruses. However, such a conclusion would also question the integrity of the Chinese Community Party vis-à-vis its commitments towards the global enrichment. China won’t let anyone probe the infamous Wuhan Lab until a united world promises it the hard-hitting consequences.

Trump destroys Biden’s 130 days of work in just one interview, and Democrats won’t have any answer