After months of tough talks with China, the Philippines bolsters its defence capabilities majorly 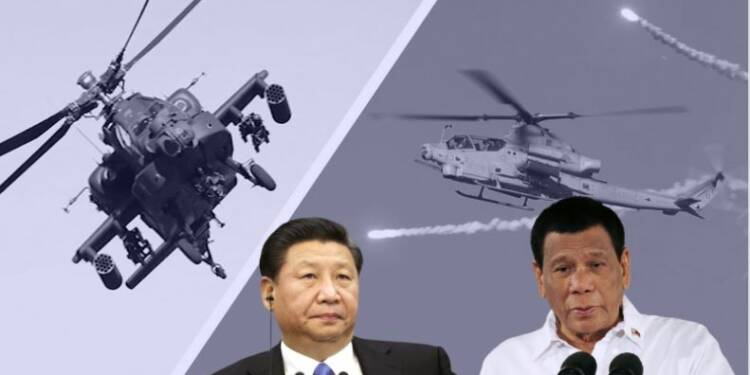 The Philippines plans to receive two T-129 Tactical Reconnaissance and Attack (ATAK) helicopters from Turkey in September, according to the defence department. The delivery is part of a bigger push by Manila to strengthen its defences as it negotiates the renewal of a major military accord with the United States and deals with Chinese incursions in the disputed South China Sea. The Philippines has also been beefing up its defence capabilities, signing agreements with India, South Korea, and Japan.

The Philippine Air Force has purchased six T-129 attack helicopters built by Turkish Aerospace Industries for roughly $269.4 million as part of a modernization programme, according to Defense Secretary Delfin Lorenzana. After a Vietnam War-era Huey helicopter crashed in Bukidnon, killing seven people, President Rodrigo Duterte declared in January that he wants to buy more helicopters. Because the engines powering the helicopters are made by American defence contractor Honeywell and British business Rolls-Royce, the T-129 purchase reportedly needed the US to secure export licences to Turkey.

The United States has indicated that it will continue to sanction arms shipments to the Philippines, which it regards as an important Asia-Pacific strategic ally. Despite the opposition of certain Democrats in Congress, who have demanded that security assistance be withheld until the Duterte administration commits to human rights reforms, this has happened. In February, Duterte stated that the United States must “pay” to renew the Visiting Forces Agreement (VFA), a critical military treaty that allows American troops to station in the Philippines.

Last year, the Philippines and Japan agreed to a $103.5 million contract for advanced air surveillance radars, marking Japan’s first complete arms export since 1967. The radars made by Mitsubishi are designed for aerial monitoring at medium to high altitudes. Both Washington and Tokyo have been eager to strengthen their relationships with Manila in order to keep it as an ally in the face of China’s growing influence in the South China Sea – and to temper Duterte’s occasional Beijing-friendly instincts.

Moreover, The Philippines and South Korea have continued to discuss cooperation in order to meet the Philippine Navy’s (PN) future submarine requirements. The Philippines’ Assistant Secretary for Logistics and Acquisition, Jesus Rey R Avilla, visited the Republic of Korea Navy’s (RoKN) Submarine Force Command on 12 May to discuss “various areas of co-operation” to enhance the PN’s future submarine capabilities, according to South Korean shipbuilder Daewoo Shipbuilding and Marine Engineering (DSME).

Recent incursions by Chinese ships into Philippine-claimed waters of the South China Sea have sparked outrage in the Philippines. Foreign Secretary Teodoro Locsin used Twitter earlier this month to order China to “get the f**k out” of Philippine maritime waters. Duterte, on the other hand, has tried to preserve a cordial relationship with Beijing, which sponsors several of his administration’s significant infrastructure projects and has given the Philippines Chinese-made vaccinations. As the president has issued a gag order to his cabinet over the South China Sea, Locsin may be requested to log off before engaging in any further diplomacy.

Japan steps up for Taiwan when no one else has. Jinping’s worst fears are confirmed