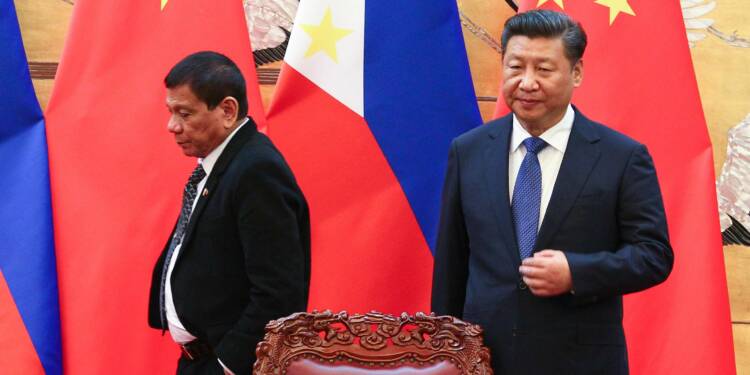 China’s infrastructure and vaccine diplomacy which was undertaken by Chinese foreign minister Wang Yi has proven unfruitful. Earlier this month Wang Yi went on a tour of 9 out of 10 ASEAN states, enticing them with infrastructure projects and free COVID-19 vaccines. Now, the Philippines has given China the boot in what would have been the biggest project involving a Chinese firm.

Duterte, throughout his term, had been very closely associated with China. Duterte’s transformation from a China apologist to its most consistent critique and now back to a China hugger has resulted in frustration among the population. Trillions of dollar worth of projects have largely remained unsuccessful. Thus, now a Philippines’ provincial government has taken matters into its own hands and has cancelled the bid awarded to a Chinese firm which had been blacklisted by the United States.

A Philippines’ province has cancelled a decision to award $10 billion airport project to a consortium led by a Chinese state firm, dealing a blow to President Rodrigo Duterte’s infrastructure ambitions and his policy shift towards Beijing.

The consortium of China Communications Construction Co (CCCC) and a Philippines’ firm MacroAsia Corp was the only bidder in the 2019 auction to help the Cavite provincial government upgrade Sangley airport, in what would have been one of the country’s most expensive infrastructure projects.

Juanito Victor Remulla, Cavite’s governor told Reuter’s on Wednesday that the consortium’s documentation was “deficient in three or four times”

“We saw it as a sign they were not fully committed,” Remulla said. The Cavite government would start new negotiations for a private sector partner to pursue the airport project, he added on a post on Facebook.

Incidentally, CCCC was among the host of Chinese companies that the US had sanctioned under Donald Trump. The USA has blacklisted numerous Chinese companies in their role in building military facilities on underwater reefs, including one within the Philippines’ missile range, in contested areas of the South China Sea.

The Foreign Minister of the Philippines recommended the termination of the projects involving such companies. However, the Duterte office demanded that it would be in the national interest to assert their completion.

The failure of the deal at the airport would be a setback for Duterte, whose critics say he has played with sovereignty and heavily bet China on the overdue infrastructure in the Philippines, with trillions of dollars of investment largely unsuccessful.

With its six-year term ending next year, Duterte has seen hundreds of projects postponed, scrapped or decreased under his “build, build, build” programme.

The increasing calls for cancellation of Chinese projects are a testament to the fact that China has failed to fulfil its infrastructure promises. The fact remains that China hasn’t been able to pour in the kind of investments which the Philippines’ President was expecting at the start of his tenure. Moreover, China still maintains artificial islands in the Philippines’ EEZ backed by asymmetric military power in the Dragon’s favour.

Read More: Brazil, Cambodia, Taiwan and Philippines – 4 unsettling developments after the US elections

Since Donald Trump left the White House, the Philippines, which was supposed to be a major quad ally had been lapping up Chinese projects once again. It also secured 25 million doses of COVID-19 vaccines developed by China’s Sinovac Biotech, with the first 50,000 expected to arrive in February.

But it seems now that Philippines’ populace is fed up with Duterte-China nexus and have taken matters into their own hands. By cancelling the deal, they have pronounced that they will not let Chinese companies disrupt their sovereignty in the way Duterte had led them to.