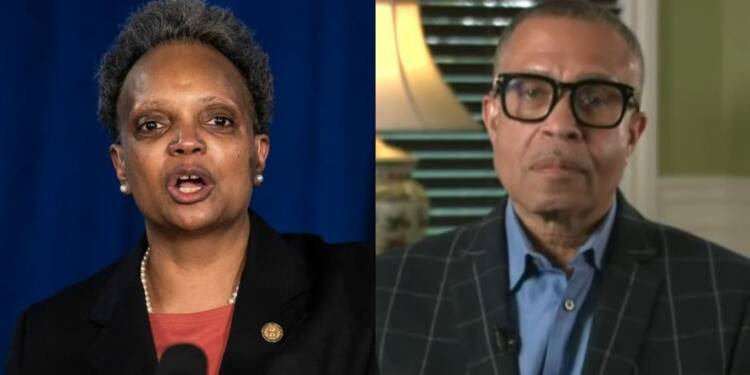 Former Detroit Police Chief James Craig, who retired on Tuesday, said on “Tucker Carlson Tonight” the “crisis in profession” of law enforcement are now highlighted by the order from Chicago Mayor Lori Lightfoot to stop most cases of apprehension of criminals by foot.

The reforms followed the highly reported deaths of Adam Toledo, who was 13 years old, and Anthony Alvarez, who was 21 years old. In separate situations involving chases, both were shot and murdered by police officials. The public was given the opportunity to hear more about the Chicago Police Department’s new foot chase policy on Tuesday night. Foot chases involving minor traffic offences as well as chasing an injured person are prohibited under the regulation. During every chase, officers must also turn on their body cameras.

As Tucker Carlson pointed out, the press has largely rejected Lightfoot’s order which mainly affects ‘minor traffic violations,’ but Craig notes that micro-managerial second-person decisions by cops include whether too many obstacles exist, the suspect has been wounded or not, or the extent of a serious offence already committed.

“If a woman mugged and she’s got less than $400 bucks on her purse, police can’t chase the mugger, what you think that will do to Chicago or any city?” Carlson asked Craig, who later called the order “ridiculous” and “absurd. I’ve been in this business for 44 years. I can’t tell you how many individuals I’ve chased on foot to stop a violent crime,” Craig said. “And now they want to micromanage when you can chase?”

Many city governments, according to Craig, are moving their focus from protecting victims to defending criminals. “Judges are embracing bail reform and not using common sense – What about the victims?” Craig asked. “Who is talking to the victims? Not one person. It’s sad. Our profession is in a crisis.”

He pointed out that while many of the police reform measures are intended to help reduce disparities in minority communities, many of the people police follow on foot have committed a crime in those same neighbourhoods.

“What about the people that live in vulnerable communities who happen to be mostly persons of color? It’s shameful,” he said. “It is shameful and got to tell you, you’re in Detroit, they want us to do our job.”

Craig praised the city of Detroit’s leadership, which included Democratic Mayors Dave Bing and Michael Duggan throughout his tenure, for allowing his agency to enforce the law fairly for all Detroiters. He told Carlson that many residents in the communities targeted by these new anti-police operations aren’t satisfied with the choices or the outcome.

He also told Carlson that he had visited Chicago and that some of the police officers there told him that they wanted him as their chief. “I said that’s nice,” Craig said, “but your mayor would probably fire me in 5 minutes.”