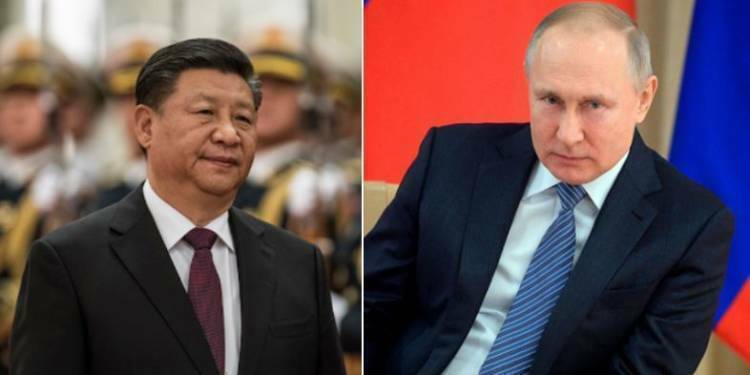 Many believe that by being part of a “strategic axis of convenience” with China, Russia somehow ends up compromising its interests in Asia and beyond. That is certainly not the case, especially when Moscow is being led by a man like Vladimir Putin. As a matter of fact, Russia has huge leverage over China – in the form of its deep defence and security ties with countries in Southeast Asia – who also happen to be victims of China’s mischiefs. Beijing claims the South China Sea in its entirety, and while Russia remains opaque regarding its South China Sea stand, it is continuing to arm ASEAN nations to take on the China threat.

The Russian Federation stands firm on the adherence to international law and UNCLOS while supporting the 2002 ASEAN-China Joint Declaration on the Conduct of Parties in the South China Sea. The key fact, therefore, really is that Russia is arming ASEAN nations. Most recently, President Rodrigo Duterte of the Philippines noted the positive developments in the procurement of 16 heavy-lift helicopters, adding that the Philippines “looks forward to cooperating with Russia to speed up modernization of defense assets and systems.” This was during a conversation he had with his Russian counterpart, Vladimir Putin on Wednesday.

While Russia may be the world’s second-largest arms exporter, in Southeast Asia it is number one. Over the past 20 years, Russia has sold US$10.7 billion worth of defence equipment to regional states, compared with US defence exports of US$7.9 billion. These are staggering figures, and should ideally scare the wits out of China. Its “convenient friend” has been arming Southeast Asian nations for the longest possible time with weapons that will ultimately be used against it in times of conflict.

ASEAN nations are increasingly realising that they do not have a reliable ally in the White House and that for Joe Biden, securing Southeast Asia from Chinese advances is not much of a priority. Countries of the region have come to realise that they are largely on their own. China too seems to be rubbing the same on their noses, by increasing its aggressive activity in the South China Sea.

In times of such desperation – with China knocking on their doors and the Biden administration turning a blind eye to their woes – Southeast Asian nations seem to be turning to Russia once again. The development between the Russian and Philippine presidents serves as testimony to the same. Going forward, defence cooperation and deals between Russia and Southeast Asia are expected to see a rise. China might have just shot itself in the foot.

Russia has just too many reasons to not shy away from arming ASEAN nations with sophisticated weaponry. A primary reason, however, is that China has been selling Russian defence technology across the world after stealing it. Now is the time for Moscow to get back at Beijing.

Between 1995 and 2019, Vietnam imported US$7.38 billion worth of Russian weaponry — 84% of its total arms imports. Over the past 20 years, 61 per cent of Russia’s defence exports to Southeast Asia have gone to Vietnam. The country has purchased a variety of weapon systems from Russia. Malaysia, on the other hand, has more or less limited its imports from Russia to fighter aircraft. In 1994, it bought 10 MiG-29s, and in 2003, 18 SU-30s. Now, under its Light Combat Aircraft (LCA) acquisition programme, Malaysia is looking to purchase Russia’s Yak-130.

All other Southeast Asian nations too have extensive defence ties with Russia. Moscow is arming ASEAN countries without making much of a noise about it. So, rumours of Russia being oblivious to the situation in the South China Sea and not taking steps to counter it are unfounded. As it turns out, gauging by the quantum of defence involvement that Russia has in the region – it would be safe to say that it is a primary party in Southeast Asia, standing right beside smaller nations victimised by China.