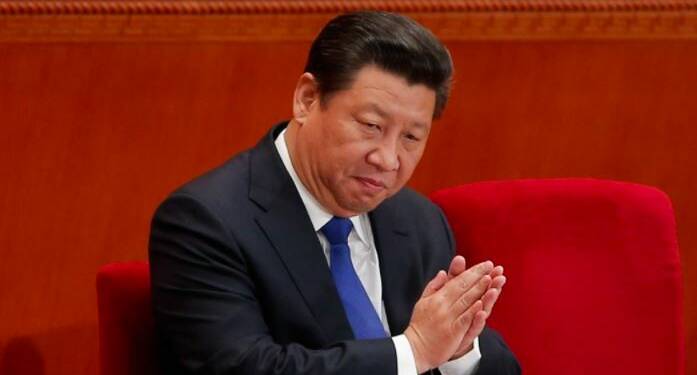 If humiliation had a face, it would resemble with that of Xi Jinping. After setting stage for his diplomatic offense often dubbed as “Wolf Warrior Diplomacy” in past years, a baffled Jinping is now posed to rethink his diplomatic outreach. President Xi, on Monday, told his bellicose comrades to be open and confident but also modest and humble. Jinping has finally realised that China faces growing isolation in the wake of its aggressive foreign policy, and he needs to pull plug on his bellicose wolf warriors.

While addressing the Communist Party gathering, Xi Jinping emphasized upon the need to present a “friendly” image of the country to the world. Jinping said, “It was crucial for China to improve its ability to spread its messages globally in order to present a true, three-dimensional and comprehensive China.” Jinping also urged the official Chinese media and Chinese diplomats to adopt a tone that displays openness and conveys modesty.

China openly resorted to its “Wolf Warrior Diplomacy” after the China’s virus was spread to the world. Chinese diplomats took to combative words to counter any narrative that deemed a threat to Jinping’s global approach. Sanctions were put when Australia demanded an enquiry into Coronavirus origins. Off lately, China’s wolf warriors successfully managed to ruin China-EU relations after announcing counter-sanctions to punish European individuals, including some MEPs, after they called out China’s human rights abuses in Xinjiang. As a result, the EU swiftly decided to temporarily block the EU-China investment treaty.

China’s relations with the world are at an all time low. Tensions still linger over China-USA relations, ASEAN-China relations continues to be dominated by latter’s hostility, China-Japan relations were never worse, Ladakh’s fiasco has completely razed Indo-China relations and now the EU also has completely dumped China for India. Wolf Warriors have won no friends overseas and have completely bulldozed Xi Jinping’s ambitions of China’s global acceptance.

Coronavirus has taken a massive toll upon China’s soft power all the over the world and has made China a global villain. Views of China turned sharply negative last year across in 14 countries surveyed by the Pew Research Center, according to data released in October. A former Chinese diplomat and director of Renmin University’s Institute of International Affairs, Wang Yiwei admitted that “China’s emphasis on the superiority of socialism has caused some concern in the West and the ridicule of other countries’ failure to contain Covid-19 was a bit overdone. Another Chinese official and advisor to the government, Wang Wen said that Chinese leaders see the misrepresentations of China’s image have led to negative impacts to core interests.

This comes as China’s economy is plummeting, investors are fleeing, stock markets are plunging and the foreign reserves are shrinking. The grand failure of China’s Belt and Road initiative has worsened China’s woes. Xi Jinping might have sounded the alarm on China’s wolf warriors off lately, the consequences yet remain to be borne by the CCP.