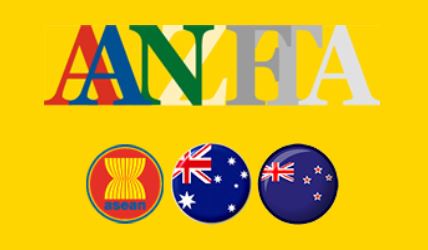 Regional Comprehensive Economic Partnership (RCEP) agreement has started losing its shine way before than expected. Inked after 8 years of laborious and extensive negotiations, the RCEP is falling apart within just 8 months of its existence. ASEAN, New Zealand and Australia are now looking forward to revamping the ASEAN-Australia-New Zealand Free Trade Area (AANZFTA) which has been in force for a decade to help revitalise trade and investment in the bloc after Covid-19. The move can be contemplated as a ruthless snub to China-led RCEP, as the 12 countries have already subscribed to the world’s largest plurilateral free trade agreement.

The 12th meeting of the joint commission on AANZFTA was held last month where the participating members agreed upon changing the pact by 2022 “to align it to the changing trade situation”. Director-general of the Trade Negotiations Department, Auramon Supthaweethum said “the meeting considered upgrading the pact to align it with the changing trade situation especially on issues about non-tariff measures (NTMs), the rules of origin, certification of origin, self-certification, customs procedures and trade facilitation, trade in services and investment (e-commerce, telecommunication and financial services), state procurement, trade competition, consumer protection, sustainable trade and development.”

Under the new arrangement, it’s the first time that ASEAN has indulged itself in trade negotiation covering all sectors, including goods, services, investment and intellectual property. Also, it’s the first time that Australia and New Zealand are negotiating an FTA with third countries. The FTA covers approximately a population of 653 million and over US$4.3 trillion in trade value. According to some media sources, the agreement will be fully implemented in 2025, by which time, almost all trade between ASEAN states, Australia, and New Zealand will be tariff-free.

Make no mistake that these countries have already inked the world’s largest trading pact last year, allowing member countries to enjoy a hassle-free trading system among the 15 economies, including the giants like Japan and China. However, given India’s precocious departure from the pact and China’s hostility towards ASEAN and Australia in the last few months, the RCEP countries are forced to rethink their trading equations. They have realised that the eggs can’t be put in China’s basket at all. As the AANZFTA embarks upon perusal of the upcoming trading policies and structure, arrangements could be made to facilitate the entry of the new partners having significant influence over the trading bloc, like Japan and Korea. Chile’s proposal is already on the table. Given the leadership of Australia and its Scott Morrison administration, the new trading bloc is expected to be staunch anti-China in nature.

Through its much-awaited RCEP initiative, China once intended to exert its economic influence over the Indo-Pacific countries. China dreamed of dominating these countries’ supply chains and thus making them politically impotent to question its unfair trade practices and blatant violation of international laws. However, China did almost everything to ruin its own ambitions. China’s economic crusade against Kangaroos and its hostility against ASEAN countries is leaving the RCEP signatories with fewer options, the safest being to peruse FTAs already in place.

If the AANZFTA successfully manages to make its way in the coming years, the emergence would be unquestionably attributed to Australia’s skilful diplomatic outreach. Instead, that would be Australia’s deadliest blow to CCP’s global ambitions. With Japan and Korea on board, the bloc would lead the RCEP’s fate to hang in balance, leaving China in despair.

In a direct threat to the US, two Iranian warships have entered the Atlantic in a historic first