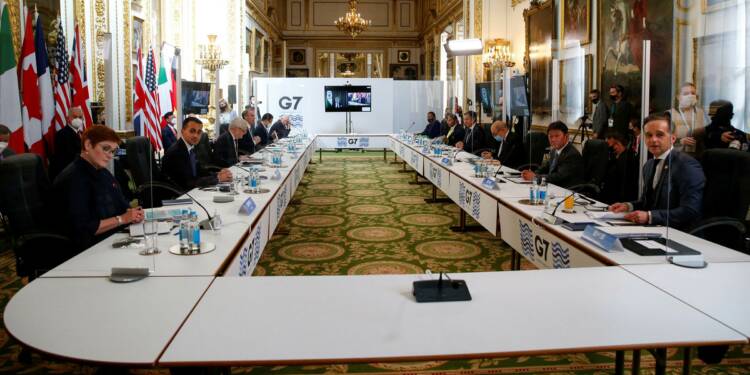 The G7 countries made a historic agreement on Saturday to make it more difficult for the world’s largest corporations to avoid paying taxes. Members of the G7 finance ministers met in London and agreed to set a global corporation tax threshold of at least 15%, which they claim will encourage corporations to pay taxes in the countries where they do business rather than syphoning earnings offshore to tax havens.

While the G7, which includes the United States, Japan, Canada, and a number of leading European countries, lacks the authority to impose global standards, the agreement reached by seven of the world’s largest industrial nations is seen as a significant step toward forming a global agreement on corporate taxation. For the longest time, due to the absence of a common minimum law of taxation vis a vis big technological firms, they were able to act as sovereign nations and maximise profits without exhibiting any responsibilities which come with the power that they were able to hold.

The new minimum tax, which is one side of a two-pronged worldwide reform movement, aims to break the loop of corporate tax cuts that have drained governments around the world of money. Negotiators are also grappling with European requests to tax American technology firms like Google and Facebook, which earn significant revenue in countries where they have little physical presence, as part of a package deal.

As per WaPo, Biden catalyzed the global tax debate this month by lowering to 15 per cent from 21 per cent his proposed worldwide minimum. If he can secure agreement from the world’s leading democracies — en route to a broader global consensus later this year — it could eventually produce the most significant global tax shift in decades. Thus, this decision by the G7 is a milestone and going ahead, the free riding days of big tech are now over for real.

In a move that could raise hundreds of billions of dollars to help governments cope with the aftermath of COVID-19, the Group of Seven (G7) large advanced economies agreed to back a minimum global corporate tax rate of at least 15 per cent. Companies will also have to pay more tax in the countries where they make sales.

The meeting, hosted at an ornate 19th-century mansion near Buckingham Palace in central London, was the first time finance ministers have met face-to-face since the start of the pandemic. German Finance Minister Olaf Scholz said the deal was “bad news for tax havens around the world,” adding: “Companies will no longer be in a position to dodge their tax obligations by booking their profits in the lowest-tax countries.”

Ministers also agreed to move toward making companies declare their environmental impact in a more standard way so investors can decide more easily whether to fund them, a key goal for Britain. The G7 includes the US, Japan, Germany, Britain, France, Italy and Canada.