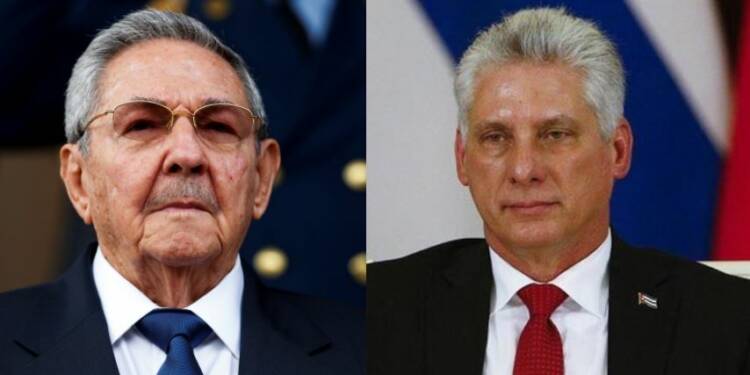 Cuba – the Central American communist country which has been the vanguard of socialism proponents across the world has taken the very first step at embracing capitalism. The Castros are gone. What defined a communist Cuba is beginning to fade away. After all, decades of communist rule under Fidel Castro have contributed nothing more to the world than Cuban cigars. Now, Fidel is dead. Former President Raul Castro – the brother of the revolutionary leader is retired and 90 years old. The new guard is taking over Cuba – and it is opening the Central American country’s dilapidated economy.

Cuba has approved a reform that includes long-sought legal status for private businesses that began operating decades ago under the title of “self-employed.” According to state media, the Council of Ministers agreed to the measures at its latest closed-door session. The reform would include legal status for Cuba’s thousands of businesses, spread across at least 2,000 sectors.

Communist Party leader and President Miguel Diaz-Canel while still stressing how the state will remain the dominant economic player, said, “With this decision we are approving how to organize the actors in our economy, which goes much further than the simple recognition of some of them.” The decision was mandated due to the sheer economic obliteration faced by Cuba due to the Covid-19 pandemic and crippling US sanctions which were brought back by the Trump administration.

This is the very first step Cuba has taken towards achieving something even close to a free market economy. Still, private involvement remains out of bounds in 124 crucial sectors of the Cuban economy – which include its most lucrative industries like tourism and tobacco production, as well as pharmaceuticals and health care. Private businesses also remain prohibited in the media and communications sector – for reasons known to us all.

It is true the reforms which have been approved last week have been on the docks for quite some time. However, for as long as Raul Castro was the President, the reforms’ fate hung in the balance. Barely weeks within his exit from politics, the current President – Miguel Diaz-Canel has wasted no time to diagnose what plagues Cuba and weed out the disease called socialism – bit by bit.

The private sector in Cuba – that includes businesses, their employees, tradespeople, and others such as taxi drivers – has expanded over the past decade to include more than 600,000 workers. Thousands more work in non-agricultural cooperatives, a new category allowed in 2012. Cuba has been unable to keep up with the rest of the world – primarily due to its inability to shun Communism and dictator-like leaders even after a supposed revolution. Its economy has been crippled by American sanctions, for sponsoring and harbouring what the United States has called terrorists.

Cuba also has suffered because it has the wrong friends. For a country like Cuba – having friends like China, North Korea, Iran and Venezuela hardly help. The only significant partner of Cuba is Russia – but there is only so much Moscow – itself a victim of stringent Western sanctions – can do. The need of the hour for Cuba is to seek permanent normalisation of ties with the United States, and for that, the onus lies entirely on Havana. It must take decisive steps to win the trust of Washington, and its latest push for economic liberalisation is a significant step in the right direction.

Cuba has suffered under Communist rule for long and its people must begin asking for a functional democracy. Communist leaders need to be domestically side-lined by the public. Only a market-minded government can save Cuba from the rathole it finds itself dug in currently. Cuba is a resource-rich country. Only democracy can ensure that the country taps into its potential and benefits from it. It makes no sense for Cubans to be spending their lives in misery while they have all the means to uplift their standard of living.

But the push needs to come now. Communism has failed the world over. Cuba must learn from China, if not Western democracies, the importance of private enterprise and bustling markets. Although Xi Jinping is reversing the somewhat free economy that China had and regressing it back to the woeful days of Mao’s socialism, the time for Cuban President Miguel Diaz-Canel to be his country’s Deng Xiaoping is ripe.