All the Prime Minister’s men: Meet the China hawks in Morrison’s camp who have made life impossible for CCP 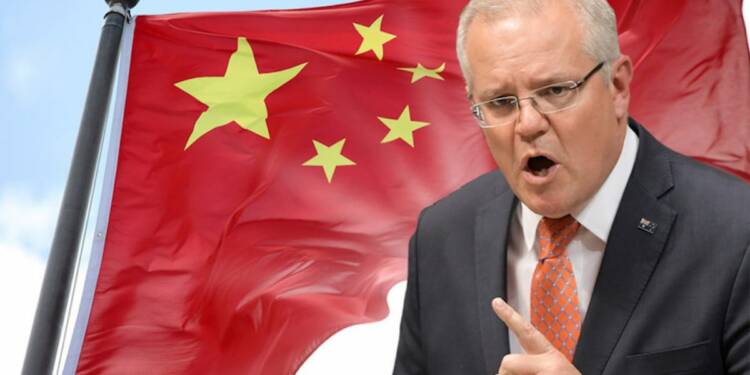 Prime Minister Scott Morrison has stated repeatedly that his government’s China policy is solely guided by Australia’s national interests. Morrison and his cabinet have enlisted the support of a group of key advisers and appointees renowned for their strong focus on national security and harsh views on Beijing to assist them to identify where those interests lie.

Morrison’s inner circle’s harsh stance has coincided with a significant deterioration in Sino-Australian relations. While relations have been tense in recent years, they have deteriorated dramatically since Canberra requested an impartial international investigation into the origins of Covid-19 last year, prompting Beijing to retaliate with billions of dollars in export restrictions. Senior Australian government officials have raised the spectre of war in recent weeks, including defence minister Peter Dutton, who suggested in April that Australia could not rule out a fight with Beijing over Taipei.

Andrew Shearer, Morrison’s former Cabinet secretary who is now the nation’s top spy as director-general of the Office of National Intelligence (ONI); Nick Warner, a former diplomat and spy who now works as a consultant to the Department of Prime Minister and Cabinet (DPMC); and Justin Bassi, chief of staff to foreign affairs minister Marise Payne, are all key figures shaping Australia’s China policy.

Shearer, a former national security adviser to Tony Abbott and John Howard, is notable for publicly articulating concerns about Beijing’s strategic goals years before such fears were commonplace in Canberra.

Shearer warned that Australia’s reliance on China as its largest trading partner made it “increasingly difficult to align our strategic policies with our economic interests” in a 2010 report for the Lowy Institute think tank, arguing that it was not “unreasonable for Australians to be cautious about the underlying motives of major Chinese investments in sectors of strategic importance to Australia.”

In 2018, Canberra banned Chinese tech giant Huawei from Australia’s 5G network on national security grounds – the same year it passed anti-foreign interference legislation aimed primarily at Beijing – and in April vetoed Victoria’s agreement to participate in China’s global infrastructure development strategy, the Belt and Road Initiative. Officials in Australia are also debating whether to terminate a 99-year lease on the Darwin port that was handed to the Chinese-owned Landbridge Group in 2015.

Shearer, who worked for two years at Washington’s powerful Center for Strategic and International Studies, is a strong proponent of cooperation with the US and other like-minded countries to oppose China’s expanding power and influence. In a 2017 opinion piece, he slammed former Prime Minister Kevin Rudd for withdrawing Australia from the Quadrilateral Security Dialogue – or Quad, which also includes the US, India, and Japan – in 2008 as a show of goodwill to Beijing.

Shearer is a “strong believer in the US alliance, and strong supportive measures to bolster America’s engagement in the region, including the Quad,” according to John Blaxland, a former intelligence officer who is now a professor at the Strategic and Defence Studies Centre at the Australian National University.

Warner, a former ambassador to Iran and director-general of the Australian Secret Intelligence Service, the country’s version of the CIA, is another significant figure in determining the tone of China policy.

Since standing down as the inaugural head of the ONI, which Turnbull founded in 2017 to advise the prime minister on national security, the experienced public servant has served as a consultant for the government. Despite Warner’s considerable expertise in espionage, Blaxland described Warner as “a little bit softer and less categoric, perhaps” than peers such as Shearer.

Bassi, who served as Turnbull’s national security adviser and worked for the ONI, is widely regarded as a hawk on China and a powerful voice as a close confidant of the country’s top diplomat. Shearer and Bassi, according to a former senior Australian government official who spoke on the condition of anonymity, have a “very tough-minded, or hard-headed, approach to national security, and a strong sense of Australia’s national interest.” The ex-official said all three figures were influential and had important roles “shaping the way the government thinks about our region and the various challenges that China presents”.

Michelle Chan, who was promoted from Morrison’s national security adviser to deputy secretary of the ONI last year, is one of the voices thought to have a moderating effect. Chan, a former ambassador to Myanmar, was described as skilled and nuanced by Allen Behm, a former senior defence officer and assistant to opposition foreign affairs minister Penny Wong.

“She has, as I understand it, a reputation for being much more subtle in the way she deals with international policy issues,” said Behm, the head of The Australia Institute’s International and Security Affairs programme, which is self-funded by donations and research commissions from philanthropic trusts, individuals, businesses, unions, and non-governmental organisations. “And I have heard that she does moderate, in some respects at least, the dialogue that goes on in the prime minister’s office,” he said. The Office of the Prime Minister did not respond to a request for comment.

The hardline components were both driving and reflecting a changing attitude on China, according to Blaxland of the Strategic and Defence Studies Centre. “They are reinforcing it,” he said. “They have been privy to it for years. These are people who have seen the classified reports on the fallout of Chinese assertiveness in Australian political and economic life. They are reacting to it and they are quite determined.

Department of Home Affairs secretary Mike Pezzullo, Assistant Minister for Defence Andrew Hastie, and the Australian Strategic Policy Institute think tank, which is supported in part by the Australian, US, and British governments, are among those who have urged for a harder stance on Beijing. Senator James Paterson and MP Tim Wilson for the Coalition, and Senator Kimberley Kitching for the opposition Labor Party, are among the backbenchers who have taken a similar view. Ted O’Brien, a Mandarin-speaking Queensland government MP, has taken a harder stance, urging Canberra to join other countries in using boycotts and sanctions to oppose Beijing’s economic measures.

House Speaker Donald Trump 2022: This could be a nightmare for the Biden administration

‘It won’t take time for the USA to suffer the fate of USSR,’ Putin’s grim warning to Biden