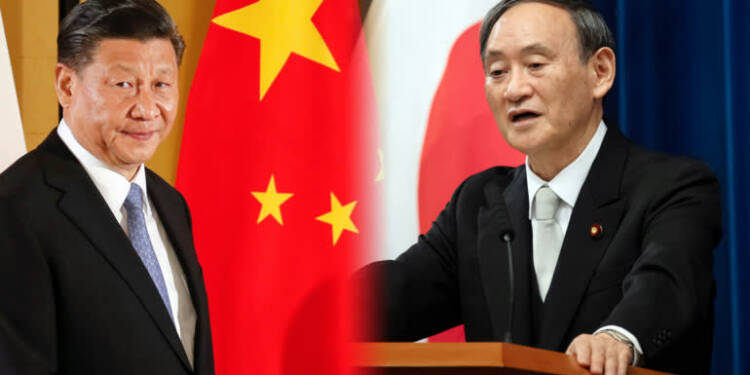 Japan is all set to kick out Chinese propaganda centres from its territory soon. It is no secret that the Chinese Communist Party uses Confucius Institutes in free and democratic countries to peddle its propaganda and propel China’s soft power. The institutes serve as a means to indoctrinate young students with Chinese propaganda. Around the world, such institutes have been facing a pushback – and Japan is the latest entrant to the club of countries looking to boot out Confucius Institutes. Japanese authorities are all set to conduct a review of the Beijing-funded educational organization.

According to a report by Nikkei Asia, Japan seems to now be viewing the Confucius Institutes operating on its soil as a propaganda tool of China. Japan’s education ministry will ask universities that host the institutes to provide information such as funding, the number of participating students and whether it intervenes in university research. The list of questions will be formalized by the end of the year. Japanese Education Minister Koichi Hagiuda was quoted as saying, “There are growing efforts to seek more information or abolish the institutes in countries that share common values, such as the U.S. and Europe.”

Hagiuda added, “I urge information disclosure to raise transparency regarding organizational management and research projects.” Besides concerns about the spread of government propaganda, Tokyo is also concerned about technologies being leaked to the Chinese side through personal exchanges. In Japan, 14 private universities including Waseda University and Ritsumeikan University have Confucius Institutes on campus.

It goes without saying; now that a review of Confucius institutes has been ordered – they will be shut down in Japan. A review is a mere formality. What goes on within these institutes has come to become common knowledge of sorts. Japan’s former minister of state for measures for declining birthrate, Haruko Arimura even pointed out at an upper house committee meeting in May that the Confucius Institute is “recognised as a security threat by other countries”.

Japan’s head of the higher education bureau, Yoshinori Hakui told Parliament that “there is no example of [other countries] establishing a cultural base like the Confucius Institute” except China. In this context, the booting out of Confucius institutes from Japan seems inevitable. Japanese institutes fear that partnering with the Chinese propaganda organisation could inhibit their ability to talk about and deal with contentious yet critical subjects like Taiwan, Hong Kong, Tibet and Xinjiang.

Confucius Institutes are public educational partnerships between colleges and universities in China and other countries. Such ‘partnerships’ are funded and arranged in part by Hanban – the Confucius Institute Headquarters which is itself affiliated to the Ministry of Education of the People’s Republic of China. The stated aim of the program is to promote Chinese language and culture, support local Chinese teaching internationally, and facilitate cultural exchanges.

Democratic countries around the world have been taking action against Confucius Institutes. Earlier in 2020, Sweden shut down the last existing Confucius Institute in the Scandinavian nation. Then, it was reported that India was looking to target the CCP propaganda centres. A real calamity struck the Confucius mafia when the Trump administration started exposing these Chinese state-run language and cultural institutes for what they really are.

Read more: Chinese Confucius Institutes are being forced to shutdown world over and it’s a great thing

The Trump administration in October last year asked the higher education sector of the U.S. to reconsider partnerships with the Beijing-backed Confucius Institutes. The US State and Education Departments sent letters to universities and state education officials warning them about Confucius Institutes. Most recently, these Chinese misinformation centres came under the scanner in Australia, where “two Chinese language centres” located on Australian University campuses were put under review.

The Democratic world is, therefore, strengthening itself by drawing a safe distance from Beijing’s “soft power” agents. Japan has taken a welcome decision to secure itself and its people from Chinese propaganda – which is known to turn people into imbeciles.