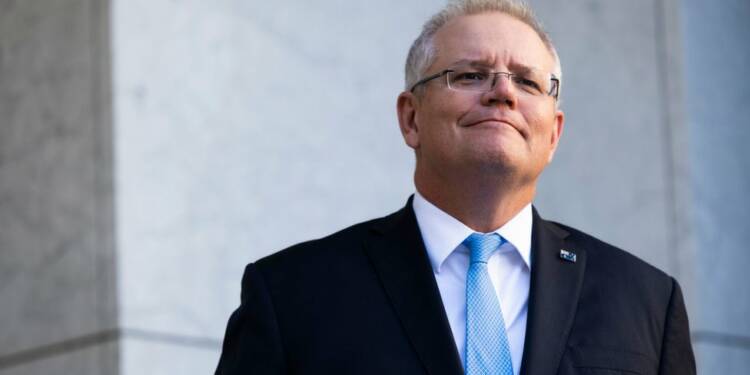 As he rallies Australia’s allies to take action against the threat posed by Beijing, Australian Prime Minister Scott Morrison will argue that the possibility of war with China in the Indo-Pacific area is growing, and the globe is confronting uncertainty not seen since the 1930s.

Morrison will describe how Australia can cooperate with international partners to resist communist China and make the globe a secure place for liberal democracies to thrive in a key foreign policy address in Perth ahead of his journey to the G7 summit in the UK on Friday. He will also support US President Joe Biden’s appeal for Beijing to agree to a ‘full and transparent’ international probe into the origins of the deadly coronavirus, which was discovered in late 2019 at a lab in Wuhan.

During his speech at the Perth USAsia Centre, Morrison said, “The risks of miscalculation and conflict are growing, the simple reality is that Australia’s strategic environment has changed significantly over recent years.  Accelerating trends are working against our interests. And the technological edge enjoyed historically by Australia and our allies is under challenge.”

Since the Morrison government called for a pandemic inquiry last year, Australia’s relationship with China, its greatest trading partner by far, has swiftly worsened, with Beijing barring many vital Australian exports such as coal, barley, cattle, seafood, and wine. Even though Mr Morrison claims he ‘stands ready’ to participate in negotiations, Chinese ministers have failed to take calls from their Australian counterparts.

Since President Xi Jinping took office, China has pursued an increasingly assertive foreign policy, bolstering territorial claims in the South China Sea, killing Indian troops in the Himalayas, and flying fighter jets over Taiwan on a regular basis. The world’s most populous nation, with 1.4 billion people, has also enraged the international community by crushing pro-democracy protestors in Hong Kong and the Uyghur ethnic minority in the country’s west.

Morrison is supposedly going to directly address China’s belligerence, warning that the Indo-Pacific region is on the verge of conflict due to China’s growing power and strategic competitiveness with the US, as well as the economic devastation and instability brought by the virus.

The Prime Minister will argue that attending the G7 summit as a guest of Boris Johnson with leaders from Canada, France, Germany, Italy, Japan, the United States, India, South Africa, and South Korea has never been more essential. ‘There is much at stake for Australia, our region, and the world.’ He’ll say, ‘We’re living in a time of great uncertainty not seen since the 1930s.’ The biggest threats Australia faces include ‘rapid military modernisation, tension over territorial claims, heightened economic coercion, enhanced disinformation, foreign interference and cyber threats, enabled by new and emerging technologies,’ he will add further while putting the spotlight on China.

Last year, Prime Minister Malcolm Turnbull warned that a foreign state actor had started a series of cyberattacks against Australian banks, hospitals, and government agencies. He did not mention China, but insiders indicated it was the source of the persistent danger. Faced with increasing danger, Morrison will remind allies that his government is spending $270 billion over the next 10 years to beef up its defence capabilities with new 370km-range missiles, cutting-edge drones, artillery systems, and an additional 800 troops.

Australia resurgent push against China comes against the backdrop of a report by Nikkei Asia which outlined how China’s intrusive activities in Taiwan’s administrative zone has toned down and has largely been subdued since Japanese Prime Minister Yoshihide Suga and US President Joe Biden issued a joint statement in support of Taiwan. It was seen as a diplomatic victory for Japan in the face of a rising Chinese threat against Taiwan and Japan itself. TFIGlobal also reported on the same.

Therefore, Australia’s push rounds up its allies in the G7 will have another voice of support in Japan. Both these nations have jointly endured the diplomatic shift of the China loving Biden administration. But now they are turning the tide back in their favour.