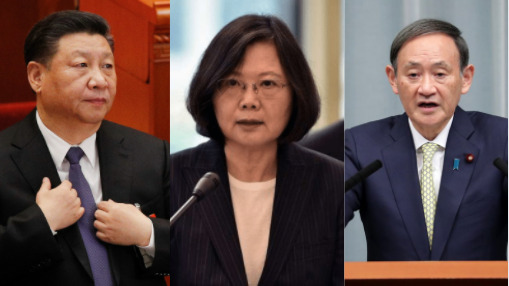 According to data gathered by Nikkei Asia, Chinese military activity in Taiwan’s air defence identification zone has decreased dramatically since the US and Japanese leaders advocated for peace and stability in the Taiwan Strait during their April 16 meeting.

After the US and Japan made their first declaration identifying Taiwan in decades, Beijing appeared to be backing away from forceful actions that would alienate Washington on the contentious issue. China has prioritised maintaining domestic stability as it commemorates the Communist Party’s 100th anniversary on July 1.

Between Jan. 1 and April 16, China deployed 75 military aeroplanes into Taiwan’s air defence identification zone, a rate of approximately 70% or nearly five days a week. During these invasions, a total of 257 aeroplanes, mostly J-10 and J-16 fighters, came into Taiwan’s ADIZ, averaging 3.4 aircraft each day. On nine of those days, Taiwan was subjected to large-scale intrusions by ten or more Chinese jets, six of which occurred within three weeks of the US-Japan statement.

When the United States signals a larger commitment with Taiwan, China tends to increase flybys around the island. On April 12, four days before the announcement, a record 25 aircraft went into the island’s ADIZ, fueling suspicion that US President Joe Biden and Japanese Prime Minister Yoshihide Suga would specifically mention Taiwan. China’s posturing on April 12 occurred just one day after US Secretary of State Antony Blinken warned that “it would be a serious mistake for anyone to try to change that status quo [on Taiwan] by force.”

Following the summit, Beijing’s efforts near Taiwan decreased in scale and frequency. The Biden-Suga declaration had a noticeable impact, according to Su Tzu-yun of Taiwan’s Institute of National Defense and Security Research.

Since April 16, an average of 1.9 Chinese planes have invaded Taiwan’s air defence identification zone (ADIZ) every day of intrusion. There have been no documented incidents involving ten or more aeroplanes. Only seven times in the last 14 days have there been incursions, with two aircraft participating only once. The remaining six days each featured one plane, including June 4th, when Blinken chastised China on the 32nd anniversary of the Tiananmen Square crackdown.

China seeks to avoid antagonising the United States over Taiwan while showcasing Beijing’s military power to domestic audiences ahead of the Communist Party’s centennial, according to Su, who noted a recent increase in provocations towards Southeast Asian countries.

On May 31, sixteen Chinese military aeroplanes flew over Malaysian territory on the island of Borneo. After Malaysia scrambled its own planes in response, they changed course. Since March, over 220 Chinese warships have been moored by a reef in the Spratly Islands, which are claimed by both China and the Philippines. The Philippines has condemned the ships’ presence in what it deems to be its exclusive economic zone.

Joe Biden, the US President, had been unconcerned about Chinese aggression towards Taiwan, but Japan has forced him to support Trump’s Taiwan policy. Biden hosted Japan’s Prime Minister Yoshihide Suga at the White House in his first in-person meeting as President of the United States. Biden’s reference to Taiwan is a significant success for Japanese diplomacy and, of course, Taiwan.

The Biden administration has been unable to entirely abandon Taiwan due to Suga’s outspoken support for the island nation. Japan has kept the Taiwan discussion alive, which has enraged China. For example, Japanese and American defence officials met in Tokyo in March and pledged to work closely together in the event of a military conflict between China and Taiwan. Nobuo Kishi, Japan’s defence minister, had gone above and above to emphasise China’s belligerence toward Taiwan. He brought up the recent surge of Chinese warplanes flying across the Taiwan Strait’s middle line.

The Biden administration had been mostly indifferent towards Chinese belligerence and military positioning against the island up until the conference. China was freely bullying it, but Japan made sure the matter did not go away, and Japan’s diplomatic win paid off.