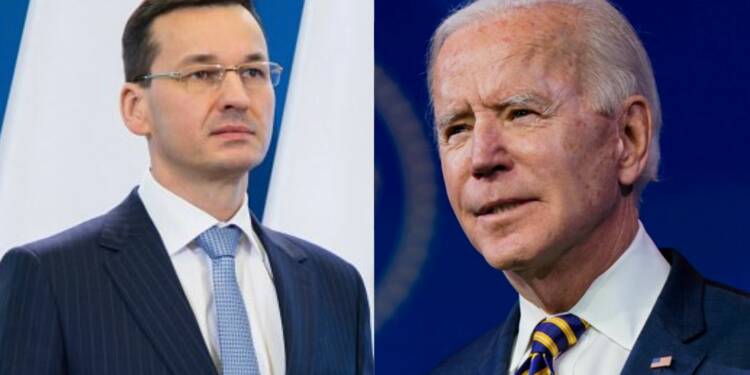 Joe Biden’s Green New Deal is being frowned upon for the economic costs that it carries. But till now, you would have read only about the economic backlash of Biden’s green energy push. However, as Polish Prime Minister Mateusz Morawiecki has warned, Biden’s green (new deal) agenda could strengthen Islamists and virtually make the planet dependent on autocrats and terror groups keen to undermine the US itself.

What Morawiecki said is actually a very direct and accurate point of view. Because if Americans kill their oil industry under the Biden’s Green New Deal, there will be major ramifications starting with the Middle East. Ultimately, the dictatorial regimes, proxy militias and even terror groups will find themselves getting strengthened in case the US pulls itself out of the oil market, as a part of Biden’s green energy push.

At the Biden’s Green New Deal outset, let us understand that the US oil economy is a strategic industry. Not only does the oil extraction industry make the US energy independent, but it also reduces global reliance on the Oil and Petroleum Exporting Countries (OPEC) located in the Middle East.

The meteoric rise of the US oil industry has been an unbelievable revolution in the energy sector. Till 2005, US oil production had continuously declined for a straight 35 years and imports of the strategic resource were going up constantly. Then, a historic innovation changed the trend. Hydraulic fracturing or “fracking” was combined with horizontal drilling in order to kickstart shale extraction.

In 2005, the US started extracting natural gas with the new technology and then the US oil production also started increasing in 2008. In 2019, the US oil exports exceeded oil imports, and the United States became energy independent.

The US did not only become self-sufficient but also managed to cut the longstanding hegemony of OPEC members. This was a good thing for the world, given the tendency of OPEC to adopt monopolistic practices tweaking demand and supply. The oil-rich Middle East countries do not go by the market forces and try to weaponise their oil economy.

As the US oil economy became a viable alternative to the Middle East oil industry, many countries preferred importing American oil. India, for example, used to be a major purchaser of Iranian and Gulf oil. But now India doesn’t buy Iranian oil and its imports of Gulf oil too have reduced. India buys a significant share of oil from the US, which is convenient for New Delhi as it reduces perilous dependence on the Middle East.

The Polish Prime Minister too said, “It’s good for the democratic planet not to be in the hands of the Russians, OPEC and the Arab producers.”

Just imagine that if the US withdraws fully from the oil market, the entire world will be pumping money into the Middle East and financing dictatorial regimes in the region, each one of which supports one proxy group or the other and subscribes to some form of Islamism.

With autocratic regimes handling influential powers like Saudi Arabia and Iran, the Middle East oil economy gets intimately linked to proxy militias, Islamism and even terrorism. And this is certainly not the case with American oil.

Truth be told, If you have to consolidate your interests in the Middle East, you have to stay in the region and it becomes something like quicksand. So, it is important for countries like the US to keep selling oil and eat into the Middle East oil economy. The idea should be to strike a fine balance and reduce global oil dependence on the Middle East.

No one across the world is interested in blood oil. It is better to have US oil than having a blood oil. Remember, the kind of oil ISIS was selling, after taking control of oil resources in Iraq and selling it. This is the kind of blood oil the whole world had drenched its hands into.

Now, if the US cuts back oil production, the world will again have got corporate interests catering to dictatorial regimes in the Middle East, paying heavy prices to autocrats, facing Islamist groups and hiring militias to protect them. This actually makes the region a battlefield that pushes overall costs in the oil industry. This is why the US needs to stay in the market.

However, Biden wants to fully pull out of the market, which is a ridiculous idea. In fact, Biden’s green (new deal) agenda is very popular among the radical progressives in the US and their influence over the Democrats is such that they are actually pushing to completely phase fossil fuels out of the US economy.

Biden’s green new deal push is first going to destroy the economies of parts of Texas, New Mexico and other southern states involved in drilling. Worse still, it will ultimately have serious geopolitical consequences that could affect the entire world.