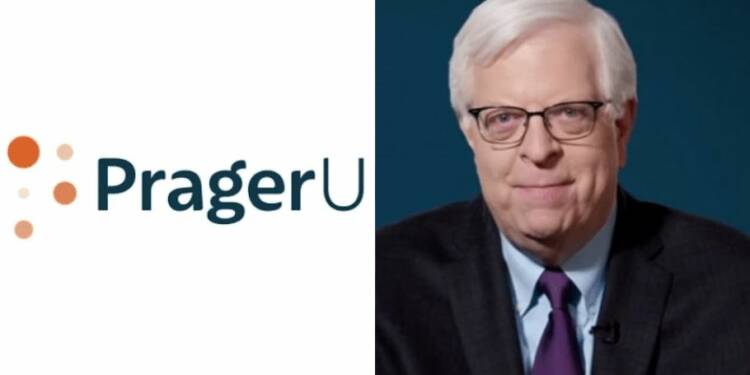 American Big Tech is on a rampage. It has been banning, de-platforming, demonetising and targeting conservative voices and platforms for quite some time now. However, even the ‘Small Tech’ seems to be imbibing the fascistic tendencies of big digital platforms. Conservatives – shunted and cast out as untouchables by the big tech were turning to smaller platforms to host them and help them remain afloat. However, even these tech companies are now beginning to harass conservative and patriotic American voices. The most recent example comes in the form of Prager University (PragerU) being dropped from service by New York-based JW Player.

PragerU is not a novice when it comes to facing big tech censorship. As a leading conservative platform whose content is both sophisticated as well as factual, PragerU has been on the hitlist of American liberals and Democrats for the longest possible time. Prager University is a leading conservative nonprofit that is “focused on changing minds through the creative use of digital media”. Since the nonprofit is patriotic and does not conform to the ‘wokeness’ of American liberals, it becomes a regular target of big tech and faces stringent censorship.

According to The Epoch Times, Prager University has been dropped from service by yet another technology company, apparently because of its conservative, pro-American educational videos. New York-based JW Player, which claims to “have a global footprint of over 1 billion unique users,” kicked the nonprofit off its video hosting platform.

PragerU was shut out after JW Player blindsided the nonprofit. After claiming to have updated its “community guidelines,” JW Player decided not to renew the annual service contract with PragerU, claiming without providing any evidence that “PragerU’s content is misleading.” In a statement, the leading conservative content creator said, “Despite Big Tech’s relentless censorship campaign, PragerU has established itself as the trusted source for conservative content for the next generation.

Speaking about JW Player’s undemocratic antics, Marissa Streit, CEO of PragerU said, “Every time we’ve hit a wall, we’ve been able to find a workaround. But now, we’re facing a serious new threat, which we are working tirelessly to resolve…Rest assured: Despite Big Tech’s absurd censorship campaign against us (PragerU), we are already working on a solution and continue to shape millions of young minds around the world.”

According to PragerU’s annual report for 2020, more than 60 per cent of its viewers on YouTube are under the age of 35, and 58 per cent of viewers have said that they have changed their mind on an issue after watching PragerU videos. This is what spooks Democrats and their big tech stooges. PragerU poses a threat to the endeavour of American liberals to turn USA into an insane country. So, the nonprofit content creator like PragerU is being punished with brazen censorship. The emerging trend, however, is that big tech in not the only bully targeting conservatives in the U.S. As a matter of fact, every platform is turning hatefully anti-right.

By censoring PragerU, and other conservative social media platforms, big tech and liberals are in fact, eternalising them and stamping authority over the fact that whatever work such platforms do – scares the wits out of America’s undemocratic forces.

Ever since Joe Biden took over as President, this syndrome has only been exacerbated. It is no coincidence that big tech has been harassing every conservative platform since January with impunity. First, it was Parler – a social media platform popular among American conservatives which was de-platformed by Amazon Web Services. However, within a month, Parler was back with new servers and a new CEO.

The fact, however, is that Parler’s growth was nipped right when it was beginning to pose a threat to Big Tech’s hegemony. Now, for the platform to regain that momentum will definitely require time and untiring effort.

Project Veritas too is being targeted in Biden’s America. For investigating Facebook VP of Integrity and asking questions of him, Project Veritas was banned by Twitter.  Twitter said the video posted on the social media platform showed the address of Facebook VP and that it was in direct violation of its rules – a claim denied by founder James O’Keefe, whose account has also been permanently suspended.

Project Veritas has always been a target for the left-leaning Big Tech giants. Reported by TFI earlier, videotapes released by Project Veritas showed Facebook founder Mark Zuckerberg and other executives gloating over the fact that his company managed to mould the thought process of Americans and helped in the victory of Joe Biden. Naturally, having Project Veritas expose Big Tech via its own platforms was too much to ask for from America’s digital colonisers.

The censorship of conservative platforms will only solidify their fundamentals and make them independent of a digital space heavily hegemonized by Democrats and leftists. Once they grow independent on the net – there is no stopping such platforms from telling Americans the truth.