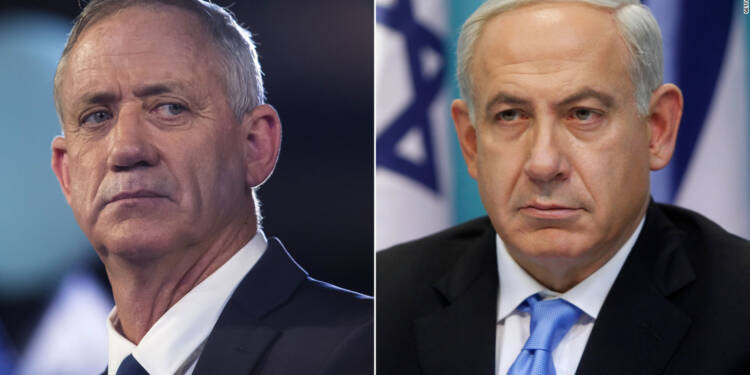 For Prime Minister Benjamin Netanyahu, nothing trumps Israel’s national security and sovereignty. As it turns out, the ‘Change coalition’ which is set to be sworn in on Sunday, June 13 promises to imperil Israel’s security and expose it to a variety of serious threats. From being in bed with the Islamist Arabs of Israel to sharing power with leftists and liberals – the new government which is to be first led by right-wing millionaire Naftali Bennett will end up serving the interests of ‘Palestine’, failing which it will self-combust. However, Netanyahu is not giving up the fight just yet.

In a move which could snatch the inevitable power from the Change coalition at the very terminal hour, Benjamin Netanyahu has sent a potentially historic proposal to Benny Gantz’ Blue and White Party. For the uninitiated, if the new government is sworn in on Sunday, Gantz will lose his role of the Alternate Prime Minister to incoming Foreign Minister and Yesh Atid chairman Yair Lapid, though he will retain the role of Defense Minister – a position which has also come to be mired due to ideological differences between the many parties set to form the new government.

Prime Minister Benjamin Netanyahu offered to step down from his Prime Ministerial role and let Defense Minister and Blue and White chairman Benny Gantz take the role of Prime Minister in exchange for breaking up the expected unity government. According to a report by N12, which was then covered by major Israeli publications – Gantz received offers from several sources close to Netanyahu – the last of which came a little after midnight on Thursday – with Netanyahu’s team telling Gantz “he’s ready to resign this (Friday) morning.”

The proposal, rejected by Gantz’s camp, would reportedly have seen Netanyahu serve as Alternate prime minister during that time. Of course, the first reaction of Benny Gantz was to reject Netanyahu’s offer since he would not want to upset his prospects with the Change coalition. However, until the government is sworn in, Benny Gantz could accept Netanyahu’s proposal and become Prime Minister of Israel for three years instead of being a Defense Minister in the Change government with practically no autonomy.

The Change government will have Naftali Bennett as Prime Minister for the first two years, followed by Yesh Atid leader Yair Lapid for the remaining two. As such, there is no scope for Benny Gantz to become Prime Minister – despite his Blue and White party having one seat more than Bennett’s Yamina in the Israeli parliament. This would definitely pinch Gants – who has been a Prime Ministerial hopeful for a long time.

In March’s legislative elections, Netanyahu’s Likud had won 30 seats, while Yesh Atid grabbed 17. In contrast, Naftali Bennett’s Yamina won 7 seats and Benny Gantz’ Blue and White Party 8. However, the sole motive of all parties in Israel coming together is to oust Netanyahu from power. That’s the only issue they have a consensus on. Benny Gantz is also having disputes within the Change coalition owing to the West Bank annexation and control plans – with liberals wanting to have a greater say in the same.

Benny Gantz could turn the tables on the Change coalition if he decides to accept Netanyahu’s offer. For Gantz – becoming Prime Minister with the blessings of Netanyahu would be a much better prospect than playing second fiddle in a government which does not allow him to function freely. Even if he does not do so immediately, Gantz could always make the incoming government fall whenever he wants and make use of Netanyahu’s rather large-hearted proposal.