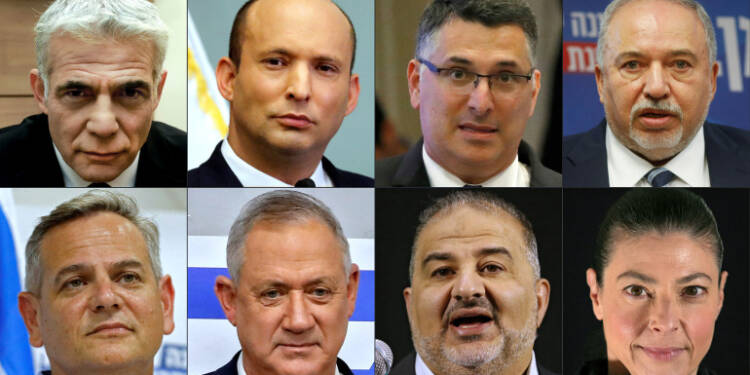 The rainbow coalition of parties cutting across the ideological spectrum has come together in Israel to oust Prime Minister Benjamin Netanyahu from office. They have seemingly worked out all their differences, bridged all the gaps and accepted each other as partners. However, a rather large thorn continues to pinch the Change front led by prospective Prime Minister Naftali Bennett. The parties are all divided – by wide margins – on who should take control over the West Bank. The Change Coalition is comprised of parties from the far-right, centre-right, centre, centre-left and far-left. Needless to say, this is a recipe for disaster for Israel.

To make matter worse – the Change coalition also has Islamist Arab parties as a part of the upcoming government. This is the first time after the 1950’s that an Arab party will be sharing power with a government in Israel. The Arab parties are sympathetic to the ‘Palestinian cause’, and now, they too are stakeholders in a government whose West Bank policy is messed up, if not completely non-existent.

Defense Minister Benny Gantz is not willing to cede control of the West Bank to the left-leaning Labour Party and its leader and transportation minister, Merav Michaeli. According to the Jerusalem Post, coalition agreements among the parties forming the new government are yet to be completed, due to disputes over how Judea and Samaria (Israeli controlled West Bank) are to be handled.

The disputes include who will oversee efforts to prevent Palestinian construction in Israeli-controlled Area C, and how roads between settlements would be funded while Labour Party leader Merav Michaeli is transportation minister. Michaeli has not permitted such roads to bypass her authority, and Defense Minister Benny Gantz told the Knesset on Wednesday that the IDF under his control must retain sole authority over construction issues in the West Bank.

Meanwhile, Gideon Sa’ar’s New Hope party is demanding the formation of a new body to oversee the sensitive matter of enforcement of illegal construction by Palestinians in the West Bank. Benny Gantz objects to this proposal as well, since the matter is traditionally under his ministry’s Civil Administration. Leaders from within the New Hope Party have been quoted as saying, “without this, the government won’t be formed.”

With the parties of the to-be new government fighting amongst themselves over control of the West Bank, Israel’s annexation plans will inevitably take a massive drubbing for as long as Benjamin Netanyahu, or some leader as strong as him is not in the Prime Minister’s office.

The dispute over which party gets control over the West Bank is merely the tip of the iceberg. Earlier, TFI had reported how the Islamist Arab Ra’am party ensured that Israel does not go hard on Palestinian activists, while also securing a massive economic package for the 21 per cent Arab population within Israel. Ra’am said that the so-called change bloc agreed to over NIS 53 billion ($16.3 billion) in budgets and government development plans for the Arab society.

Read more: Israel’s new govt coalition will either be pro-Palestine or dead

According to a statement by the Islamist party, Bennett and Lapid pledged NIS 30 billion over five years in unspecified economic development funds, as well as another NIS 2.5 million ($770,000) to fight violence and organised crime in Arab society. According to the Times of Israel, another NIS 20 million ($6 million) will be invested over the next 10 years to fix crumbling infrastructure in Arab cities and towns.

Naftali Bennett and Benny Gantz are the only two prominent Jewish nationalist right-wing leaders of this coalition. Both are proponents of the West Bank being under Israeli control. However, they are simply overpowered by the Islamists and Leftists in the alliance. The ideological right in Israel is about to commit harakiri by extending support to the coalition just to see Netanyahu leave the office. For the sake of gaining power, the coalition is vomiting a blunder and cornering itself. Going ahead, it will have only two options, to either follow a pro-Palestine policy or self-destruct.