All is not lost for Benjamin Netanyahu 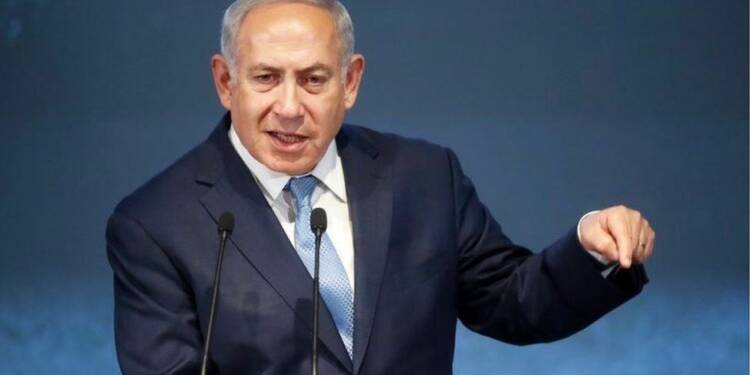 The Change bloc, the coalition of anti-Netanyahu forces in Israel have pushed to form the government. The date of the swearing in ceremony has still not been set yet. The delay is causing fears and could also spill out the differences which the 8 different parties potentially can have with each other. This could open up potential chances for outgoing Prime Minister Benjamin Netanyahu, who has vehemently criticized the coalition, and has called the formation of this government the “greatest election fraud.”

The Israeli parliament was set to decide on Monday when anti-Benjamin Netanyahu parties will be free to make their move to unseat him, but the tenacious incumbent has refused to go down without a fight. Tensions were high a day after Netanyahu accused his opponents of perpetrating “the largest electoral fraud” in democratic history, while his rival Naftali Bennet begged him to “let go” rather than launch a last-ditch “scorched earth” campaign.

The political scenario in Israel has convoluted. The Likud party which gained 30 seats in the Knesset failed to get over the mark of 61 seats even with its coalition partners including the ultra right wing religious group – The Zionist which garnered 6 seats. The numbers didn’t play in Netanyahu’s favour, as his coalition only reached 59 seats, and a fifth election looked certain on the horizon, one which would have ensured that Netanyahu remained the Prime Minister given Israel’s dominant sow of power in the face of Hamas attacks.

The Change bloc, which had gained 51 seats, was a long way away from reaching the required numbers. But Netanyahu’s popularity had risen during the conflict and Lapid sensed that the next elections could be the death knell on any chance they have of forming the government. Coalition talks between Yamina, the major right wing party which had been dubbed as the king maker earlier, and Lapid began. Yamina had won 7 seats in the Knesset, a major increase from their last outing.

Talks were successful and Lapid now sat within touching distance of the magic number 61. It needed three more seats and thus at last it roped in Ra’am party, the Arab Israeli party, which had earlier been in talks to form a government with Netanyahu. Ra’am’s entry into the coalition tilted the balance as it had secured 4 seats in the Knesset. Thus, taking the numbers to 62 for the Left-wing coalition which now also included a hardcore right wing party and an Arab-Israeli faction.

The deep seated desire to oust Netanyahu is the only thing which is stringing the coalition together. When Netanyahu is ousted, there would remain no incentive to hold the coalition. A coalition of parties across the political spectrum is already precarious and with the Ra’am Arab-Islamist party thrown into the mix tensions on differences in policies is running even higher way before the coalition has been given the chance to form the government.

However the inclusion of these two parties also means that there would be unprecedented favours doled out to them to keep them in the coalition. Bennet has already been a recipient to one as he is set to become the Prime Minister for the first 2 years despite getting fewer seats than the other liberal parties, much to the resentment of parties who will feel undone despite getting more seats.

It’d be a coalition of compromises and with Netanyahu breathing down the neck of the hastily formed coalition could yet again have the numbers on his side or just enough to force a fifth election in 2 years.

The first scenario could be the defection of Lawmakers from the Yamina party and New Hope party to Netanyahu’s coalition. Since the announcement of Yamina’s defection from the Likud coalition, pressure has increased not only on the leaders of the party; Bennet and Ayelet Shaked, but also on other lawmakers. Going against the mandate of the electorate is always an unwise decision, a truth which is not lost on the other lawmakers. Just a couple of defectors could set Israel on course for another election. Idit Silman and other lawmakers from the Yamina are being called traitors for leaving the Netanyahu alliance and joining forces with the left wing. They have also received death threats and hundreds of insulting messages from their supporters, the pressure is piling on them.

Similarly, Gideon Sarr, the leader of the New Hope party had shunned the Netanyahu led coalition. The New Hope party has won 6 seats in the Knesset. The condition to rely on an Arab party to get the final vote on any legislation might not suit the former Netanyahu ally. Thus, his defection could also lead to a major change in the Knesset. If this scenario plays out and then a 5th election will become a surety.

Naftali Bennet, dubbed the kingmaker before the elections is a businessman who had bragged about “killing lots of Arabs” in his life in 2013, is now set to become Prime Minister for two years because, funnily an Arab party has supported the coalition.  Mansour Abbas’ perspective must be understood in this odd environment. With four seats in the Israeli Knesset, his party was instrumental in building the coalition that was formed specifically to depose Netanyahu.

Thus, second scenario could be the defection of Abbas led Ra’am party lawmakers who do not see eye to eye with Yamina’s leader Bennet. Ra’am party has become the unlikely kingmaker in the election. With its 4 seats in the Knesset it has towed the Change coalition over the line. However, before the conflict with Hamas it was in talks with Netanyahu to form the government. Given its tensions with Bennet, its defection to the Netanyahu led camp would again set Israel on course for a 5th election with the Likud led coalition on 57 seats and the change coalition on 58.

The clash of core identities is where the third scenario kicks in. There could be defectors in right, left and center camps in this scenario.

Ra’am and Bennet’s party are miles away from the leftists when it comes to core ideological beliefs Ra’am being an Arab-Israeli party holds conservative views on the rights of the LGBTQ community which is a major legislative commitment of Lapid’s leftist party and another coalition partner Nitzan Horowitz’s Meretz party has already said that it will advance LGBT rights in “every way possible” in the coming government. Bennet’s conservative party is likely to oppose LGBT rights too.

Besides, Ra’am has also refused to take a definitive stand on the Palestinian cause which is another major election commitment of the liberal parties.

The fourth and the most unlikely scenario could be the defection of both former Netanyahu allies Bennet and Sarr. The idea to rely on an Arab party for pushing their legislation would be incomprehensible for both the right wing leaders. This defection would cost the Change coalition 13 seats in the Knesset effectively killing any hopes for the Lapid to form a government. Moreover, it’d also give Netanyahu a healthy 66 seats in the Knesset which would be 5 more than the total required to form the government. Given the political taboo that comes with working in cahoots with an Arab party, this scenario may play out in Israel and Netanyahu can once again head the government of Israel as he has for many years.

The support for Netanyahu is strong among the Israeli citizens. Moreover, the disturbances which can be caused due to the inclusion of the Ra’am party in the coalition cannot be overlooked. Most parties in Israel shudder at the thought of working with an Arab political party as it can give rise to protests against the elected members. Thus Netanyahu has a great chance to work on the fault lines of which there are many in this coalition of political ruin. And Netanyahu cannot be discounted till final verdict is sealed on the 14th of June 2021.