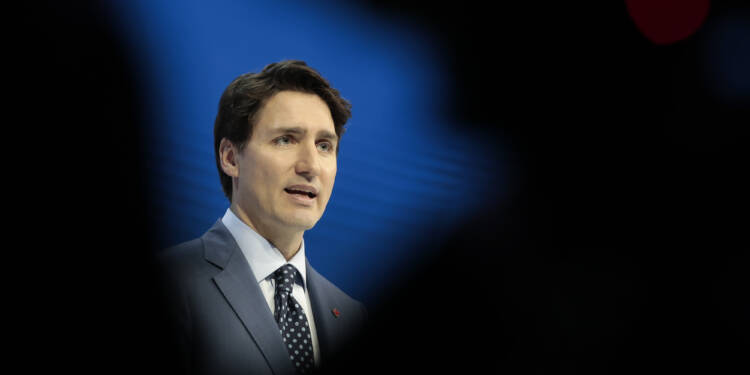 The House Ethics Committee issued a timely and pointed report on Thursday. All three major opposition parties support a list of ethics committees’ 20 recommendations to change Canada’s lobbying and conflict of interest legislation included inside its scathing 116 pages. While they are mostly related to the iconic WE Charity scandal, they also touch on other questionable pandemic financing decisions, such as big ventilator contracts.

Unfortunately, the report did not sit well with the Trudeau government. They included a four-page dissenting opinion in which they dismiss the ethics committees’ 20 recommendations as “unhelpful” or “beyond the scope of this investigation.” They also make three of their own proposals, which would be amusing in their hollow inanity if the subject weren’t so important to Canada’s democracy and national security.

The ethics committee’s recommendations are sound first steps in eradicating the rot. They include not awarding government contracts to shell companies with no assets to avoid liability, requiring senior public officials to be accompanied by at least one staff member to any meeting with lobbyists for the purpose of taking notes, requiring due diligence reports on any contract or contribution agreement between the government and a third party, and requiring the government to review further contracts.

The Liberals’ first two proposals urge that the ethics committee conduct additional, more extensive evaluations of conflict of interest and lobbying regulations, in a typical bureaucratic fashion. It would be impossible to finish in time for a rumoured October election.

In their final suggestion, the Ethics Committee is asked to refrain from “conducting parallel investigations with any independent Office of Parliament into the conduct of members of Parliament, either directly or indirectly.” In layman’s terms, stop actively looking into any more Liberal misbehaviour.

In the broader scope of things, the WE incident was quite harmless, as it did not immediately jeopardise Canada’s democracy, financial stability, or national security. If it hasn’t already, Canada’s institutionalised blasé approach to ethics could achieve just that.

Conflicts of interest are all too common in Canadian politics, and it doesn’t take much digging to find them. For example, more than a third of Canadian senators serve on public and private firm boards, including gambling businesses that, despite their suspected primary role in laundering North America’s drug money, continue to elude regulation. Large foreign donations to political campaigns and personal foundations are still permitted in Canada, as seen by Trudeau’s family foundation’s contentious acceptance of a $1 million payment from two Chinese businessmen in 2016. Free travels to China, paid for by the Chinese government and pro-Beijing organisations, are commonly accepted by MPs and senators.

Even Canada’s higher education system, which is responsible for much of the country’s scientific and technological research as well as data collection, is infected with the rot. It’s uncommon to come across a Canadian university that hasn’t been spoiled by a conflict of interest issue involving donor overreach – education’s equivalent of meddling lobbyists.

Half of Ontario’s medical schools now bear the names of affluent donors, and the majority lack thorough conflict of interest rules. The law school at the University of Toronto is still being accused of having a conflict of interest in its hiring practices. From the beginning of their careers, we expose our future doctors and attorneys — some of whom may go on to become public health authorities and legislators — to conflicts of interest.

The public zeal produced by the WE Charity Scandal case should be exploited as a way to clean the House of Canada. Politicians clearly have the backing of the public and now, thanks to the Ethics Committee, have strong guidelines to work with. If the Liberals cared more about the future of Canada than themselves, they would have no hesitation about advancing fast and forcefully. Unfortunately for Canada, democracy protection seems to take the back seat again for the victory of elections. Interest conflicts are as Canadian as maple syrup as they turn out to be.