As Lloyd Austin admits confusion on China, Pentagon starts investigations against retired US marine who wrote articles for a Chinese propaganda outlet 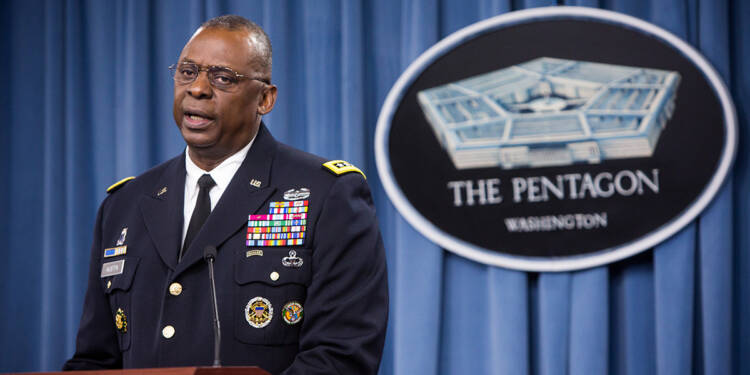 US President Joe Biden and his administration have had a biased approach when dealing with China. While they have offered words of determination their actions have been far from what is needed to actually keep Chinese belligerence in check if only the current administration’s actions have only emboldened the red state.

The testament to our claims is what the US Defense Secretary Lloyd Austin meant when he issued a directive to speed up work to deter China on the recommendation of a task force which identified that there is a “say-do” gap between the Pentagon’s objective and the efforts it puts in to meet those objectives.

Moreover, two articles published by the CCP mouthpiece Global Times written by a retired US marine titled, “Why US will lose a war with China over Taiwan island” and “US ‘othering’ of Chinese could be prelude to Taiwan conflict,” shows that officials who have worked with the Pentagon are aware of the “say-do” gap between the Pentagons objective and its efforts. But as this would open a window of serious criticism and pose a national security threat, the retired US marine official named Franz Gayl is now being investigated.

Defense Secretary Lloyd Austin gave a directive to accelerate work on developing military forces to deter China and resolve Pentagon challenges in implementing a years-old policy that identified Beijing as a major threat.

A high-level Pentagon task team identified a “say-do” gap between the Defense Department’s mission to resist Chinese aggression and its attempts to achieve that goal, according to a senior Defense official. The directive, announced Wednesday, is based on that recommendation. Ely Ratner, a former top counsellor to President Biden who has been nominated as the Pentagon’s top official for Asia-Pacific issues, chaired the task team. The Pentagon published scant specifics about the task force’s work, which included a four-month evaluation by senior civilian and military officials.

The review comes as China’s decades-long military development gathers steam, posing a threat to the United States’ dominance in East Asia and the Western Pacific. Moreover, the articles published by Global times written by Franz have brought shade on the actual workings of the Pentagon and the current administration’s resolute to deter Chinese belligerence.  “I knew it would get everybody’s attention,” Gayl told The Washington Post. “And man, did it.”

After the essay was picked up by a conservative publication, some readers accused him of treason for the essay, which comes at a time of increased tensions between Washington and Beijing. Gayl, on the other hand, shrugged off the criticism. A month later, he wrote another piece for the Global Times, which had been recognised as a Chinese government agency by the Trump administration. The US government then began a counterintelligence probe on Gayl, suspending his security clearances while it investigates whether he has been compromised.

He has no regrets. “If we don’t talk about this now, we are going to sleepwalk into this conflict,” Gayl said of a potential war between the United States and China. “I’m glad that I did it … but it was probably a step too far with the Marine Corps.”

Gayl is the subject of an “ongoing inquiry,” according to the Marine Corps, but no specifics have been released. Gayl’s op-eds, according to both the Marines and the Pentagon, were not subjected to the mandatory prepublication review and are not representative of US policy.

But whether the pieces are representative of the US policy or not, the articles and Gayl’s comments do emphasize the fact that the US is actually sleepwalking into a conflict with China without any actual preparation.

Lloyd’s directive has emphasized that there has been a lot of lip service when it comes to containing China, but the objectives have not been met with the required efforts. Lloyd’s efforts may even irk those in the Biden administration who have been content to dish out stern statements against China but when it comes to taking actions their efforts have hit way off the target. Hopefully, the articles and Austin’s directive can serve as a wake-up call to the US administration which certainly is becoming more and more known infamous for its affinity to China rather than taming the Chinese belligerence.

‘If US is willing to follow Trump’s policy, Russia can help the G-7 against China,’ Putin makes his intentions clear