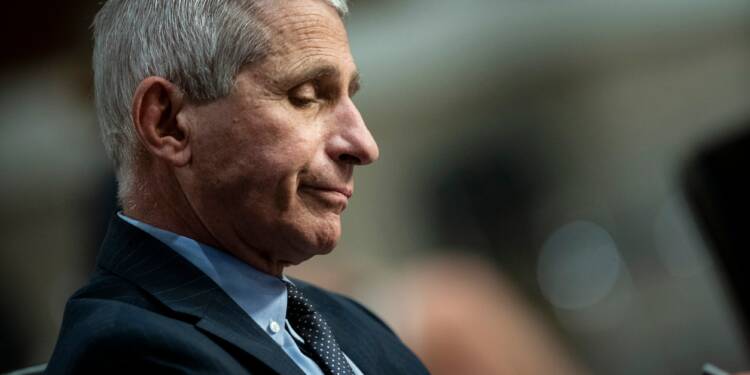 As the dust of the chaos of the Covid-19 pandemic is settling many of the faces who rose to celebrity status on the corpses of many people. And now as the Wuhan Lab Leak theory is gaining ground and at the same time the revelations regarding Doctor Anthony Fauci are making rounds, it is becoming clearer by the day that he is a major node who should be held responsible. However, it looks like this is not the first time and Mr Fauci is used to this. It must feel like Déjà Vu to him given he has in past been deemed as a mass murder during the AIDS epidemic.

Despite being warned of the possibility – and despite actively acknowledging the same in private emails with the director of National Institutes of Health Dr Francis Collins, Fauci continued publicly denying the mere possibility of Covid-19 being an engineered disease. He even ranted against then President Donald Trump for claiming openly that the virus was not natural and calling the outbreak a “Chinese pandemic”. And while millions of people were dying, his priority was to make sure that the world believes the botched up narrative that the CCP is telling, keeping the truth hidden from the people.

To have a person with such compromised morals, to go ahead with supporting the narrative of the Chinese Communist Party and at a time when the world needs people at positions of power and responsibility to be entirely truthful, and unfortunately Dr Fauci is not that person.

According to an explosive investigation by Vanity Fair, and according to thousands of pages of emails of Dr Anthony Fauci accessed by Buzzfeed – the great grand deep state collusion for the purpose of covering up the artificial origins of Covid-19 has now come out in the open. And individuals like Dr Fauci, Peter Daszak, Dr Francis Collins lie at the centre of this massive and shameful coverup. Dr Fauci was warned, at the very beginning of the outbreak, that Sars-Cov-2 could very well have originated from a Chinese lab and not some wet market of Wuhan, however, he conveniently decided to toe the line of CCP and call this theory absurd.

Donald Trump in a statement said, “After seeing the emails, our Country is fortunate I didn’t do what Dr Fauci wanted me to do. For instance, I closed our Borders to China very early despite his not wanting them closed. The Democrats and the Fake News Media even called me a ‘xenophobe.’ In the end, we saw this was a life-saving decision, and likewise with closing our borders to Europe, specifically to certain heavily infected countries.”

However, this is not the first time and Dr Fauci has a history behind such actions. Larry Kramer, who co-founded the Gay Men’s Health Crisis in 1982, which was once the country’s largest provider of resources to AIDS patients, and then founded the grassroots activist group AIDS Coalition to Unleash Power (ACT UP) in 1987, never shied away from a fight with federal officials in charge of public health policy. One of these authorities was Anthony Fauci, who became the director of the National Institute of Allergy and Infectious Diseases in 1984, as the AIDS crisis grew in prominence, a position he still maintains today. In a 1988 open letter that called Fauci a “murderer,” Kramer wrote: “Your refusal to hear the screams of AIDS activists early in the crisis resulted in the deaths of thousands of queers.”

If we look at his current actions in the backdrop of the mess he created during his early years in positions of power, it looks like Dr Fauci must feel all this to be a kind of Déjà Vu. The emails show that Fauci was aware of many things about the origins of the virus and what might work in preventing the spread and what might not, such as the masks. He still kept mum, his correspondence with the Chinese official Gao certainly raised eyebrows and despite being aware of the fact that some parts of the virus looked engineered, he falsified the claims that the virus was manufactured in a lab. Just like his early mess-up, this time too he has messed up and his mixed priorities and loyalties have led to the death of many innocent people. While he was deemed a mass murderer during the AIDS epidemic, he has proven that to be true yet again.

‘If US is willing to follow Trump’s policy, Russia can help the G-7 against China,’ Putin makes his intentions clear