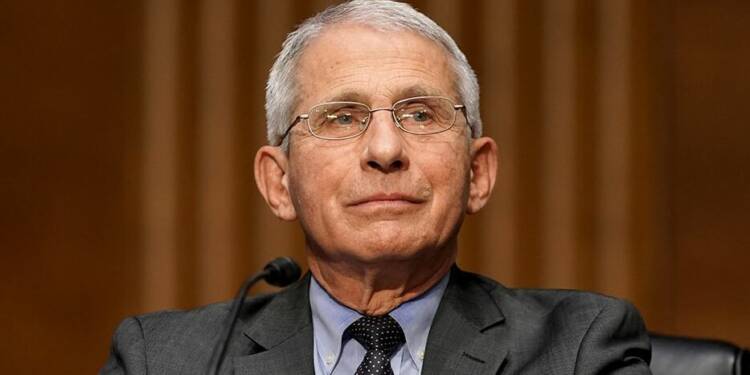 According to recently revealed emails, Dr Anthony Fauci received a frightening message from an adviser of Bill Gates and offered his help to a Chinese health official at the start of the COVID-19 outbreak. Under the Freedom of Information Act, hundreds of pages of Fauci’s correspondence were made public. They depict the director of the National Institute of Allergy and Infectious Diseases (NIAID) addressing a variety of questions and concerns. The Washington Post acquired more than 860 pages of emails, some of which are also available to read, while BuzzFeed News received more than 3,200 pages of emails that have been made public online.

According to a new report released Tuesday, Dr Anthony Fauci corresponded with a Chinese health official early in the pandemic, acknowledging the “crazy people in this world” and resolving to “get through this together.”

The previous administration of former President Donald Trump had been accusing China of manufacturing the virus in a lab in Wuhan. Wuhan was also the epicentre of the breakout and the failure of the Chinese regime to control the alleged manufactured virus led to the pandemic which killed millions across the globe.

Fauci, on the other hand, was made aware of the virus’s modified genome. The Scripps Research Institute’s director, Kristian G. Andersen, wrote to Fauci on January 31, 2020, saying that some of the SARS-traits CoV-2’s “(possibly) look designed.” The virus’s “unusual features” made up “a really small part” of its genome, according to Andersen.

“We have a good team lined up to look very critically at this, so we should know much more at the end of the weekend,” he wrote as part of a chain of emails. “I should mention that after discussions earlier today, Eddie, Bob, Mike, and myself all find the genome inconsistent with expectations from evolutionary theory,” Andersen said. “But we have to look at this much more closely and there are still further analyses to be done, so those opinions could still change.”

Andersen and his colleagues wrote in the peer-reviewed journal Nature Medicine that they didn’t “believe that any type of laboratory-based scenario is plausible” after all. Fauci became aware of the ongoing debate quite early but still disbanded the lab-leak theory as not plausible. The left-leaning media rallied behind their star Dr Fauci and labelled the theory as a conspiracy, which has been debunked.

However, once again the lab-leak theory has come to the fore and this time Fauci is himself a proponent of the theory and the mainstream media in the US is trying to quickly settle the narrative on the words of Fauci.

According to correspondence obtained by the Washington Post, the nation’s top infectious disease expert received an email from George Gao, director of the Chinese Center for Disease Control and Prevention, on March 28, 2020, in which Gao apologised for saying the US and other countries were making a “big mistake” by not encouraging people to wear masks from the start.

Fauci, as has been documented then led people to wear masks and then started encouraging people for double masking, but his emails show that he was aware that masks do not necessarily help in containing the virus.

Fauci warned against using masks in an email on February 5, 2020, and stated that store-bought face masks would not protect against the infection. He was responding to questions from Sylvia Burwell, who could be the same Sylvia Burwell who was Secretary of Health and Human Services from 2014 to 2017.

“The typical mask you buy in the drug store is not really effective in keeping out virus, which is small enough to pass through material. It might, however, provide some slight benefit in keep out gross droplets if someone coughs or sneezes on you,” Fauci added. “I do not recommend that you wear a mask, particularly since you are going to a very low risk location.”

But again, Fauci did not act on the information but rather went with the word of the Chinese official Gao who had advised masking up. In April 2020, the Centers for Disease Control and Prevention (CDC) amended their mask-wearing advice, emphasising the importance of facial coverings. Fauci’s email was sent before the CDC’s recommendations were made public, and he backed them once they were made public.

The emails show that Fauci was aware of many things about the origins of the virus and what might work in preventing the spread and what might not, such as the masks. He still kept mum, his correspondence with the Chinese official Gao certainly raises eyebrows and despite being aware of the fact that some parts of the virus looked engineered, he falsified the claims that the virus was manufactured in a lab.

All of this makes Fauci a big fat liar and should be held responsible for his silence despite having some knowledge of the origin and keeping it from the public and debunking the alleged conspiracy only for him to propagate the same theory again when he has been caught. Covid-19 is responsible for the deaths of millions of people around the globe, and so is Dr Anthony Fauci.

As ASEAN realises that the USA under Biden is no longer reliable against China, Japan and India must do their bit