After G7, NATO brands China as an immediate threat 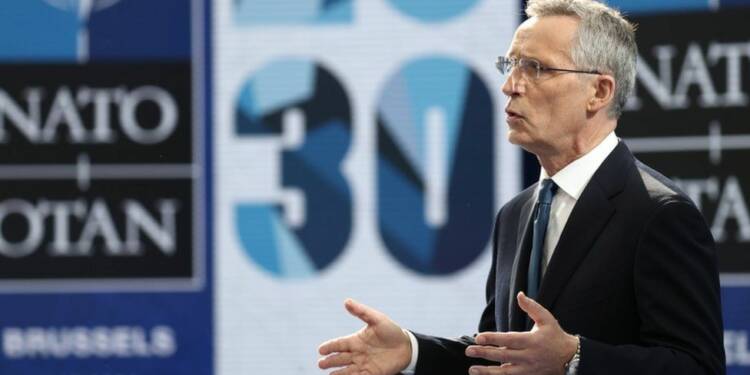 President Biden met with NATO Secretary-General Jens Stoltenberg a day after meeting with G7 leaders in the United Kingdom to reaffirm the US commitment to the military alliance’s “sacred obligation” — ahead of the expected announcement that leaders will label China a security threat to Western nations.

China was taken aback by the latest G7 summit. When the leaders of the world’s seven advanced economies met in Cornwall, the United Kingdom, Beijing figured it was simply another ordinary meeting. The Cornwall meeting, however, became a display of unity against China as France, Japan, and the United Kingdom pushed their anti-China narrative. And now, at the NATO summit, the same anti-China stance is being repeated, with the defence and security alliance poised to paint China as an immediate threat.

“Article Five is a sacred obligation,” Biden said as he arrived at the NATO meeting in Brussels, Belgium, referring to NATO’s collective pledge to defend members of the alliance. “I want all Europe to know that the United States is there,” he told Jens Stoltenberg, noting that “NATO stepped up” when America was attacked on 9/11. The president said NATO is “critically important for US interests in and of itself.” “There is a growing recognition over the last couple years that we have new challenges. We have Russia, which is acting in a way that is not consistent with what we had hoped, and we have China,” Biden told Stoltenberg.

Stoltenberg called the conference a “pivotal moment” because of NATO leaders’ concerns over Russia’s recent military build-up near Ukraine. “China is coming closer to us,” Stoltenberg warned, citing China’s rising military footprint from the Baltics to Africa as evidence that NATO must be ready to defend Western security and democratic ideals. “We see them in cyber space, we see China in Africa, but we also see China investing heavily in our own critical infrastructure,” he said, a reference to ports and telecoms networks. “We need to respond together as an alliance.”

NATO members are expected to sign a communique that not only pledges support for Article 5, but also acknowledges the drawdown of troops in Afghanistan, the need for enhanced security in the face of ransomware attacks perpetrated by Russian-based hackers, and the challenges posed by China, according to the White House.

According to diplomats, the NATO summit’s final communique will not refer to China as an adversary — Stoltenberg specifically stated that China is not an enemy — but rather as a “systemic” threat to Atlantic security, as it joins Russia in military drills, launches cyberattacks, and rapidly expands its navy.

G7 nations convening in the United Kingdom over the weekend chastised China for human rights violations in the Xinjiang area, urged Hong Kong to maintain its high level of autonomy, and demanded a complete inquiry into the coronavirus’s origins in China.

China’s embassy in London said it was resolutely opposed to mentions of Xinjiang, Hong Kong and Taiwan, which it said distorted the facts and exposed the “sinister intentions of a few countries such as the United States.” “China’s reputation must not be slandered,” the embassy said Monday.

Despite Biden’s assurances that the US is firmly committed to the alliance, officials are anticipated to criticise his administration’s plan to withdraw troops from Afghanistan by September 11 — despite the fact that NATO troops remain in the country. “It’s not a surprise that you’ve seen some countries express, pretty straightforwardly, their dissatisfaction with the way things were done,” a European official told Politico. “This is another example of one of the issues where within NATO, we should be more substantially discussing and consulting with one another before making decisions.”

Biden will meet with Erdogan later in the day. According to National Security Adviser Jake Sullivan, the two leaders would discuss regional challenges such as Syria and Libya, as well as China and Russia. The president’s relationship with Erdogan got off to a rocky start in April, when Biden called him before publishing a statement acknowledging the Armenian genocide, which angered Turks.

By mobilising the G7 against China, the United Kingdom, France, and Japan inflicted a devastating blow to the Communist nation. At the NATO meeting, the same thing happened. China is perceived as a direct threat, and the Chinese are feeling the heat as Western democracies close in on them.