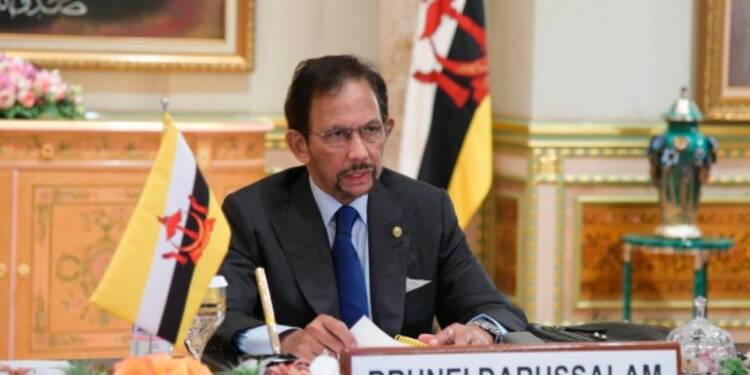 The ASEAN countries have for a long time been re-calculating the arithmetics for their strategic autonomy and economic well being. Defence ministers from the Association of Southeast Asian Nations (ASEAN) on Tuesday called for the early conclusion of a code of conduct for the South China Sea, as tensions rise in the region. The ministers gathered online for a meeting hosted by Brunei, this year’s ASEAN chair.

The 10-member bloc will also hold an expanded discussion on Wednesday with counterparts from eight key countries, including China, the U.S., Japan and India. However, just before the discussion, Brunei, the chair of ASEAN singled out China and termed it the biggest threat. The Brunei government’s 2018 Defense White Paper lists the South China Sea conflict as one of five significant security issues it faces.

And just before the meeting, the government of Brunei expects rising conflicts in the South China Sea as major powers strive to dominate and influence the region, according to the White Paper, which details potential security risks for the next 15 years. The Defence White Paper 2021, which was released on May 31, said the increased risk of miscalculation may cause tensions to worsen giving way to regional instability.

“Militarisation of maritime features will continue to be of grave concern as the reach of nations expand well beyond their own mainland shorelines and recognised exclusive economic zones,” the paper read. “This risk of miscalculation… is potentially the most significant threat in the maritime domain.” The most important aspect is the fact that Brunei has singled out China as the biggest threat going ahead and this coming just before a scheduled ASEAN meeting with India, Japan, China and the US makes it a lot more important.

The South China Sea has also been a hot topic at previous ASEAN military ministers meetings. The countries’ commitment to “maintaining and promoting peace, security, stability, safety, and freedom of navigation in and overflight above the South China Sea” was reaffirmed in the newest document.

They also advised parties to “exercise self-control in the conduct of operations” and to “avoid measures that could complicate or worsen the situation,” without citing any specific countries. However, the most interesting aspect was the fact that while other member countries tried to tread a politically correct path, Brunei, the chair of ASEAN released its separate news release singling out China. Brunei, in a separate news release, noted that the ASEAN defence ministers held an informal meeting with their Chinese counterpart on the same day. According to Singapore’s Defense Ministry, the Chinese State Councilor and Minister of National Defense Gen. Wei Fenghe reaffirmed China’s commitment to strengthening ASEAN-China cooperation in areas such as think-tank exchanges and counterterrorism.

The fact that the chair of ASEAN is singling out China and marking it as the single biggest threat makes it clear that ASEAN member nations have had enough and going ahead they are not willing to take China’s misadventures laying down. For Washington as well as for Quad countries, the ASEAN meeting will be another chance to seek collaboration and curb China’s influence.

Officially called the ASEAN Defense Ministers’ Meeting Plus, the expanded discussions started in 2010 as a means of promoting dialogue and cooperation. Any statement that comes out of the meeting will be closely monitored and analysed.