All eyes on Brunei 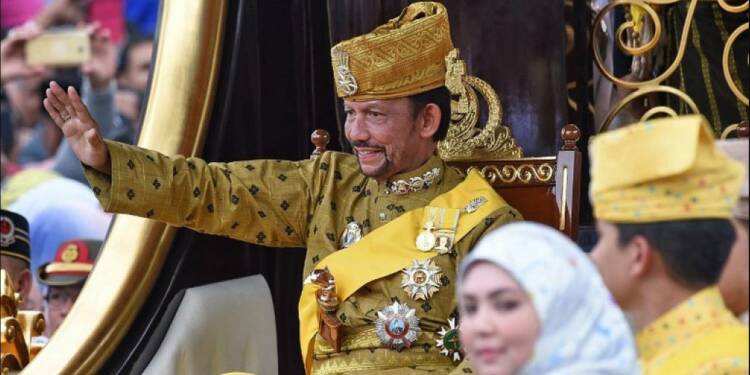 (PC: The Times of Israel)

The battle for dominance in the strategically important South China Sea is intensifying and the new world order comprising of the likes of India, the USA, Japan, and Australia, more colloquially called QUAD, is looking to weed out the Chinese influence from the region. As a result, small countries like Vietnam, the Philippines, Indonesia, Thailand, or for that matter Brunei have assumed paramount importance. Brunei, a tiny but rich nation with vast oil and gas deposits, is set to assume the chairmanship of the ten-member Association of Southeast Asian Nations, also known as ASEAN, next year from incumbent Vietnam.

Vietnam, which currently has the chair has been scathing in its observations regarding China’s belligerence in the South China Sea. Under the nine-dash line, the Xi Jinping regime claims the entirety of the region as its own. However, Hanoi has been extremely critical in its response to China’s claims. During one of the ASEAN meets earlier this year, the Vietnamese envoy to ASEAN had slammed China by asking countries to comply with international law and abiding by the principle of peaceful resolution of the disputes.

With a change in the leadership role imminent, it becomes necessary that the movement which has been orchestrated to thwart Beijing’s neo-colonial dreams only grows in pace. And thus Brunei has been getting a lot of interest from the big-club countries.

Reported by TFI last month, the Australian Defence Minister Linda Reynolds had visited Brunei between her trip to Singapore & the Philippines. Normally, the visit would not have garnered much attention, but, given the sudden surge in geopolitical activities in the Indo-Pacific region, coupled with the fact that it is the pandemic season means that Canberra is giving serious precedence to its defence ties with Brunei Darussalam.

Read: After India and Japan, it’s Australia’s turn of QUAD diplomacy as it reaches out to Brunei

Minister Reynolds held comprehensive discussions with the Sultan of Brunei, his Majesty Hassanal Bolkiah, and the Second Minister of Defence, Pehin Halbi. The two nations committed to strengthening defence ties, but the major attraction was the announcement that Australia will establish a resident defence adviser position in Brunei, which will be effective starting 2021.

Just the way India had forged a mutually beneficial relationship with the current chair Vietnam where the latter even requested New Delhi to drop its anchors in the country to search for oil and gas fields, as a countermeasure to keep the paper dragon at bay—one can expect the Narendra Modi government to get much closer to Brunei in the coming days, which will certainly be an extension of Prime Minister Modi’s Act-East policy.

Similarly, Japan, which is the dominant market for Brunei’s liquified natural gas (LNG) and its first bilateral free trade agreement (FTA) partner will be hoping that it could use its solid economic relations with Brunei to a much larger effect. In the past, the small southeast Asian country has been timid in its response to China’s ghoulishness but with Vietnam setting an example for future chairs to take on China—Brunei is expected to turn the leaf.

Although ASEAN is China’s largest trading partner, the group of nations in it have grown weary of the salami-slicing tactics of China. As a regional bloc, ASEAN occupies the role of interlocutor in the long-drawn dispute of the South China Sea, and whoever chairs it, has considerable sway over the functioning of the organization.

Furthermore, with the US polity still undecided over the next President—the remaining members of the Quad are not taking any prisoners. The now-military alliance is being ruthless in its approach to woo over Brunei before Beijing can swoop in with its dirty Yuan. Whether it be Donald Trump or Joe Biden in the White House, the message is clear–the Quad will continue on the path that it has enshrined in its philosophy after pledging to combat the menace of China.