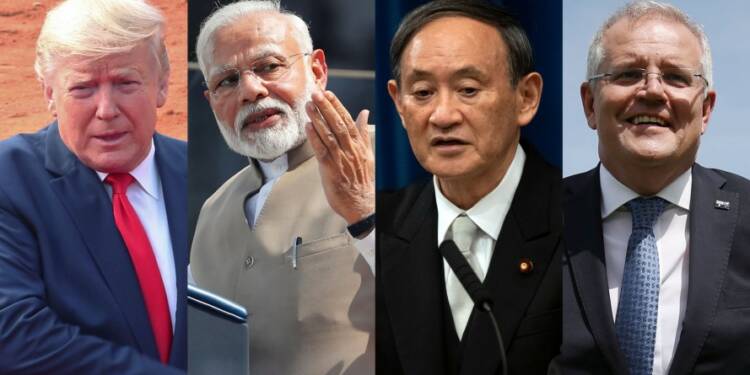 India’s Act East Policy teamed up with the Quad collective is giving jitters to China which it might never forget. India’s recent proactive engagement with the South East Asian nations and bolstering security ties with Japan, Australia, and the USA under the title of the Quad in the Indo-Pacific region has made China seriously reconsider the bad decisions it made for petty gains.

China’s selfish economic stance and violent occupation of the territories of other countries has emboldened several countries to stand against its bullying. The movement, led by the Quad, is inviting the similar-minded parties in the South China Sea who want a stable, peaceful, open, and transparent Indo-Pacific region, in a bid to pushback on Chinese belligerence. Of these, Vietnam and the Philippines hold central importance.

The Philippines, which has long been an ally of The United States, shares India’s concerns of freedom of the movement of seas and beliefs in rule-based order in the Indo- Pacific. The Philippines has shown a keen interest in acquiring Brahmos missile systems for defense against the common adversary China.

India and Vietnam back in 2015 had signed a joint communique which denounced the threats on freedom of navigation of the seas by China in the strategically significant South China Sea. India and Vietnam initiated trilateral format talks that would enhance security ties. This was followed by India sending a four-ship naval fleet to Malaysia, Singapore, Australia, and Indonesia.

India’s act east policy has been instrumental in countering the hegemonistic tendencies of the Chinese. With India and Myanmar sealing the deal on the operation of strategic Port Sittwe and construction of crucial trilateral highway project with Myanmar and Thailand, China’s neo-colonial project, the Belt and Road Initiative is bound to fail. The NDA government, ever since it came to power in 2014, led by PM Narendra Modi, has been at the forefront of engaging more with ASEAN countries which are suffering at the hands of the Chinese.

Read More: ‘We’ll go ahead without China,’ Philippines knocks China out with a sucker punch in South China Sea

Vietnam which currently chairs the ASEAN has shown interest in boldly engaging with India and called it one of the most important countries for the grouping. Both India and China had to face China this year and in reply to that, the Vietnamese envoy to ASEAN slammed China by asking countries to comply with international law and abiding by the principle of peaceful resolution of the disputes. India and Vietnam are reportedly engaging through the means of a bilateral virtual summit this December.

Both Vietnam and India are supporters of a rule-based international order where a big country doesn’t bully the smaller countries. India’s vision of the Indo-Pacific under the aegis of the Quad the centrality of ASEAN structure as specified by PM Modi during the Shangri-La Dialogue.

Read More: ‘No more bullying,’ Philippines to now have its own naval militia to counter China’s fishing militia

The four countries of Quad are actively engaging with the ASEAN in all spheres with special emphasis on maritime security. With European countries coming on board, a system of Quad+ seems plausible at the moment. It is now the responsibility of India to shape the new structure against the ever-persistent Chinese threat.

Trump makes a massive move to decouple US from China, bans all investment in PLA-linked firms