Do not interfere with the post-election audit or you’ll go to jail. Arizona state senator warns the US attorney general trying to stall the audit 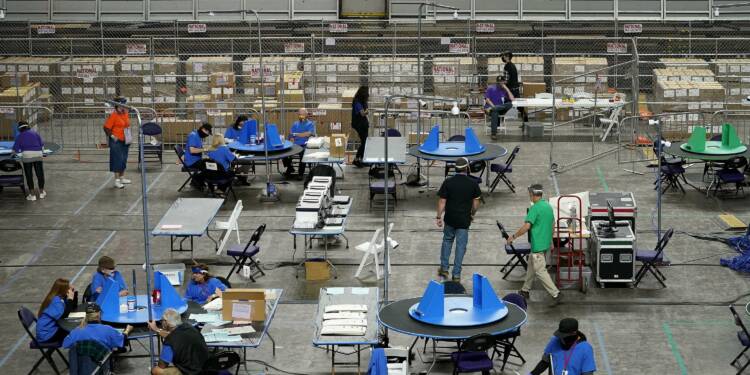 It cannot be denied that the latest US Presidential elections were the most controversial in the recent history of the United States of America. However, with the help of its control over the large swath of mainstream media, the Democrats were able to push the issue under the table and ostracized anyone who was asking even a question. However, the Republicans have not relented in their efforts to unearth the reality and it is leading to a reaction by the Biden administration.

The Justice Department is staffing up and will apply new “scrutiny” to controversial audits looking for evidence of fraud in the 2020 election, Attorney General Merrick Garland declared on Friday. The message was the clearest signal yet that the Biden administration is gearing up to crack down on the Republican-led Arizona Senate’s review in Maricopa County.

Maricopa County has drawn GOP leaders from other states to contemplate their own audits, as well as praise from former President Donald Trump. It could also become a model for other states and counties to follow to audit the votes in their administrative domains. Before the audit is completed and the conclusions are published in a report due this summer, a conflict could arise.

While the DOJ is trying to intimidate and stop the audit, Arizona Republicans have stuck to their guns and warned of any forceful actions. “You will not touch Arizona ballots or machines unless you want to spend time in an Arizona prison. Maybe you should focus on stopping terrorism. The Justice Department is one of the most corrupt institutions in the USA,” Arizona state Sen. Wendy Rogers said in a tweet of her own.

Garland didn’t mention Maricopa County by name, but he did chart a collision course, echoing Eric Holder’s call for the Justice Department to become “aggressively involved” in pursuing possible violations of federal law in the case of the audit and to prosecute violators of these laws when necessary during the Obama administration.

However, this is not the only means employed by the Biden administration, he is also putting all his forces to permanently rigging the democratic voting ways. Earlier, Democrats talked about new voting laws being presented and democrats were aiming to push it through the Senate with or without bipartisan support. It was not very clear earlier as to why they would want to do that, but in retrospect, it becomes aptly clear that they on one hand want to compromise the US voting system and on the other hand deplete the power of the Republicans.

Read more: Democrats want Voter IDs to go because they are “Racist”

The term Racist is now used very loosely in the US. The Democrats have used it to avoid questions and end debates. Now they are using it to push legislation. A document that has been issued without accrediting a person’s colour, race or gender is not racist. The voter ID card was not issued to people based on their colour, their race, their gender or their income. The Democrats it seems have finally lost it.

Arizona Senate President Karen Fann, who has said the audit is not meant to overturn the 2020 election results but rather restore trust in the system and influence possible changes to voting laws, responded by making assurances the process was and will remain compliant with federal and state civil rights laws.

“Since the inception of the audit, I have emphasized the crucial importance of transparency and collaboration to its success. To that end, I am happy to provide any additional information and to continue a constructive dialogue with your office to advance our common objective of protecting the rights of voters and the integrity of our elections,” Fann said.

With its foreign minister’s trip to Kenya, India has begun liberating the nation from China