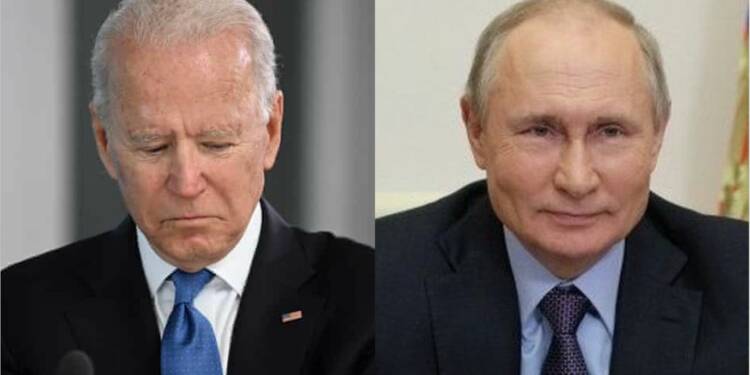 The G7 meet was a considerably large opportunity for Joe Biden to consolidate support behind his government and narrative against Russia and Vladimir Putin. He wanted to utilise this opportunity to gain a comparative geopolitical advantage before the fated meeting between him and Putin. However, things have not turned out the way he wanted to, and while the G7 countries have accepted Joe Biden’s changed stance on China, he has found no buyers for his stance on Russia.

Just before the meeting between Joe Biden and Vladimir Putin, while Biden wanted to somehow gain geopolitical capital to one up-man his Russian counterpart, it has not come to fruition and in the end, it is the Russian President who is currently standing at the position of strength. While Biden thought that the G7 and NATO would back him against the Russian President. But his plan is ruined, and Putin holds the position of strength.

Russian President Vladimir Putin has managed to stage a massive turnaround yet again. Putin showered praise on former US President Donald Trump, at a time when the G-7 summit was taking place. And the next thing we know, the group of the world’s seven advanced economies called the G-7 take on China in an unprecedented show of unity on the subject.

The focus of the 47th G-7 summit was on China, and the usual anti-Russia rhetoric wasn’t the central agenda, unlike what Joe Biden wanted to happen. Behind the curtains, a shrewd Putin made a very sharp move. When most of the G-7 countries were working against China, Putin gave a subtle message that if you can bring back Trump’s anti-China policies, Russia could be a partner against China, and this was enough to make other G7 countries, except the USA, stop from following anti-Russia rhetoric.

Read more: ‘If US is willing to follow Trump’s policy, Russia can help the G-7 against China,’ Putin makes his intentions clear

In the past few days, Russian President Vladimir Putin is now confronting Joe Biden’s hostility more directly and categorically. In his first interview with an American news network since 2018, Putin showered praise on Trump and called him an “extraordinary individual”, while dismissing Biden as a “career man”. Putin’s remarks come less than two weeks before the crucial Biden-Putin summit in Geneva. Meanwhile, Moscow has also ended an MoU with the US that facilitated the travel of diplomats around each other’s countries.

Read more: ‘Biden is boring establishment politician while Trump was extraordinary,’ Putin says before his crucial meeting with Biden

In his interview, Putin told NBC News, “I believe that former U.S. president Mr Trump is an extraordinary individual, talented individual, otherwise he would not have become U.S. President.” The Russian President added, “He is a colourful individual. You may like him or not. And, but he didn’t come from the U.S. establishment, he had not been part of big-time politics before, and some like it some don’t like it but that is a fact.”

While Joe Biden wanted to one-up Vladimir Putin, the statements by the Russian President have made sure that Biden does not come out strongly against him during the upcoming meeting. While Biden thought that the G7 and NATO would back him against Putin. But his plan is ruined, and Putin holds the position of strength.