49-year-old Bennett could have been Netanyahu’s long-term successor, but his shortsightedness will cost him his political career 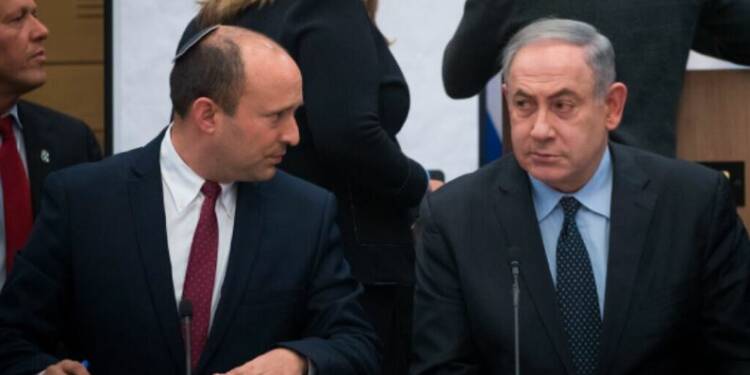 There have been a number of instances when a politician has sacrificed a long term political career for short term political gains. And the latest example of the same could be observed in the political transition in Israel. 49-year-old Naftali Bennett represents the right-leaning electorate of Israel and in the effort to remove Benjamin Netanyahu, he joined hands with unlikely partners of all political leanings.

While he won the Prime Ministership, he has done an act of betrayal to his right-leaning electorate by aligning with the left as well as Arab parties. He could have been Netanyahu’s long term successor, but due to his shortsightedness he shook hands with his ideological adversaries and this is going to cost him his political career.

The Naftali Bennett government has just come to power in Israel, but it is already facing a big test for survival. The latest flag march carried out by Israeli nationalists on Tuesday through East Jerusalem is bound to shake the very foundations of the rainbow coalition government of unlikely allies in Israel led by a right-wing Prime Minister, supported by the Left and an Arab party. The Ra’am party led by an Arab leader Mansour Abbas, who is sympathetic towards the Palestinian cause being in government is some kind of a first.

The flag march, held on Tuesday, was originally scheduled to take place on May 10 to commemorate “Jerusalem Day” and celebrate Israel’s capture of East Jerusalem in the 1967 Middle East war. But it couldn’t be held on May 10 due to the Israel-Gaza skirmishes at the time. After Bennett came to power, he couldn’t cancel the Tuesday flag march because he simply couldn’t afford to upset his right-wing voter base. However, it was not an easy task for him to allow the march.

Read more: The flag march in Jerusalem has shaken the new Israeli govt and it may even topple within the next two days

Inside his coalition government, Bennett faced opposition from Ra’am party head Mansour Abbas who called the March “an attempt to set the region on fire for political aims”. The remark was an attempt by Abbas to put pressure on Bennett and consolidate influence in the coalition government. Bennett is already facing criticism for amending the route. A 50-year old marcher Doron Avrahami said, “Jerusalem is for all religions, but Jerusalem is in Israel. And in Israel, we must be able to go wherever we want, with our flag.” During March, Bennett’s name appeared on some posters along with the word: “the liar.”

Bennett’s political popularity depends on nationalist Israelis who want to keep Israel secure from organisations like the Gaza-based Hamas and Palestinian Islamic Jihad. While he simply cannot afford to let them down, he has already given rise to resentment in their hearts, given his decision to join hands with an Arab party. And going ahead it will be hard for him to make his loyal electorate believe why he compromises their as well as Israel’s interests for short term political gains. And while 49-year-old Bennett could have been Netanyahu’s long-term successor, but his shortsightedness will cost him his political career and may send his future into oblivion.