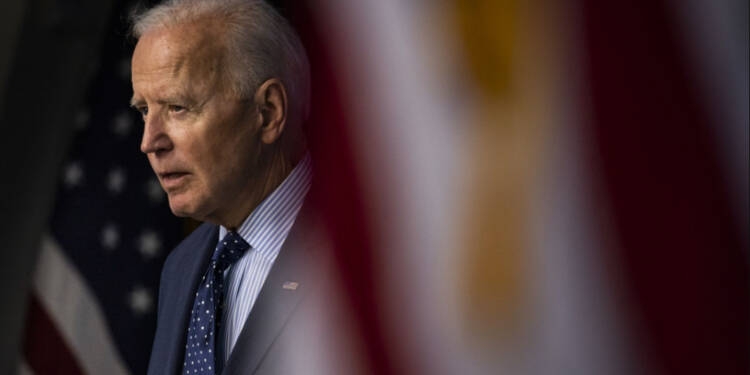 While the previous Trump administration was following bread crumbs and trying to collect as much evidence as possible for Wuhan Lab Leak theory, the current Biden administration has shown its fair share of flip flops. Earlier the Biden administration suspended the State Department enquiry and only recently suddenly changed its mind on the viability of the theory. And the latest revelations tell us exactly why Biden was forced to change his line on the lab leak theory.

A high-ranking Chinese intelligence officer is said to have defected to the US and provided information on the Wuhan lab, prompting Joe Biden to reverse his position on the coronavirus leak idea. According to Spy Talk, Dong Jingwei and his daughter Dong Yang fled to the United States on February 10. After being appointed to the role of vice-minister in April 2018, he earned a reputation for himself in China’s secret agency, known as Guoanbu, where he was head of counterintelligence or spy-catching.

If the reports are true, Dong is the highest-level defector in the history of the People’s Republic of China. And if it was not for his confirmation and information, Joe Biden and his administration may not have gone ahead with the Lab Leak theory. Given earlier, President Joe Biden’s team shut down a closely-held State Department effort to prove that coronavirus originated in a Chinese lab with the lame excuse of concerns about the quality of its work as if the investigation by the WHO held any credence.

When Fox News’ Peter Doocy asked Jen Psaki why President Biden was not pressing for more information on the Wuhan lab leak theory, she replied, “We have repeatedly called for the WHO to support an expert-driven evaluation of the pandemic’s origins.” The existence of the State Department investigation and its termination by the Biden administration this spring, both of which were previously unknown, comes to light amid increasing curiosity in whether the virus could have gotten out of a Wuhan lab with military ties. The Biden administration is now being questioned about its own efforts to ascertain if the virus originated in China.

It is said that he alerted the US officials about the Wuhan Institute of Virology, where Covid-19 may have emerged, prompting Biden to reconsider the lab leak scenario, which has long been dismissed as the Trump administration’s irrational obsession.

Dong has been photographed online, and while not all of the images are authentic, one that keeps reappearing was released by Dr Han Lianchao, a former Chinese foreign ministry official who defected during the 1989 Tiananmen Square tragedy. Han, who has been described as a ‘straight shooter’ by the US officials, claimed that Beijing sent envoys to meet with US Secretary of State Anthony Blinken in March to discuss returning Dong to them.

Spy Talk also quoted the Paris-based newsletter Intelligence Online as reporting that Dong is ‘close to’ Xi Jinping, the Chinese president. ‘He previously headed the Guoanbu (security ministry) in the region of Hebei, which has produced many of Xi’s securocrats,’ the publication reported in 2018. It is these developments that have forced the Biden administration to follow scientific consensus and make a notable shift in its thinking about the ‘lab leak’ theory.