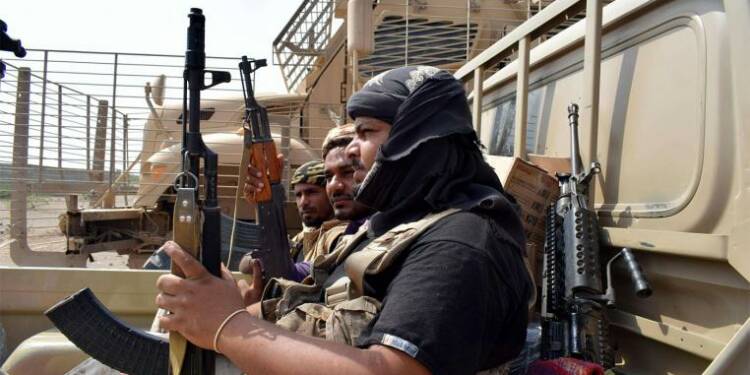 The Yemen war is far from over. In fact, the real Yemen war has actually started and is heading towards a final showdown, which is likely to be big and brutal.

Till now, Saudi Arabia and Iran were contesting for Yemen, a strategically located country in the Middle East. But now, new players are jumping in. Israel seems to have joined the Arabs in the Yemen war, whereas Iran is mobilising its proxies and also trying to bring in Venezuela and Syria. In the final stages of the Yemen war, the Arab-Israeli alliance seems poised to take on Iran and its allies.

For Iran and Saudi Arabia, fighting for Yemen was essentially rooted in a desire to control the crucial chokepoint called Bab-el Mandeb Strait, as a part of their larger geopolitical ambitions. However, Saudi is presently on the backfoot and Iran-backed Houthis have begun to consolidate their position in Yemen. In fact, Saudi’s own security has been imperilled as Houthis keep attacking the Sunni Muslim Kingdom with ballistic missiles and drones at Iran’s behest.

Meanwhile, Israel is becoming actively involved with Saudi Arabia and the United Arab Emirates (UAE). Last year, the Jewish nation signed peace agreements dubbed “Abraham Accords” with several Arab nations including the UAE. After the agreement, both Israel and the Arabs have shown willingness to cooperate against their common enemy- Iran.

So, last year itself, it was reported that the United Arab Emirates (UAE) and Israel were working on a plan to establish a spy base in the Yemeni island of Socotra. Abu Dhabi controls Socotra and also maintains a military base on the Yemeni island to collect intelligence on maritime traffic in the Bab El-Mandeb and the Gulf of Aden.

Last Monday, Yemen’s Houthi-led National Salvation Government (NSG) in a statement said, “The transfer of tourists to the Socotra Island reveals the plans and programs of the occupying UAE, which are in line with the Zionist schemes to dominate Yemeni islands as well as the steps towards normalization with the regime.”

The Arab-Israeli alliance is clearly reinvigorating and has not given up on its plans to kick Iran out of the strategically located country.

Iran, on the other hand, is busy uniting its proxies and aligning with Venezuela and Syria. In fact, a Minister delegate at the Embassy of Yemen in Syria Radwan Al-Haimi reportedly held discussions with Venezuelan Chargé d’Affairs in Damascus. The two discussed ways to kickstart relations between Yemen and Venezuela.

Read More: Israel may have joined the Arabs in the Yemen war against Iran-backed Houthis to bring the war to a swift decisive end

Both the Yemeni delegate and the Venezuelan official seemed to share common views against Arab involvement in Yemen. The venue of the meeting- Syria, also suggests that Iran wants to get Damascus involved in the Yemeni situation. Venezuela, in particular, would want to get involved in the strategically crucial region because of its oil interests.

Meanwhile, the Arabs would be pinning their hopes on active Israeli involvement. The fact remains that the Biden administration in the US is emboldening Iran. The US House of Representatives voted on Thursday to repeal a war resolution that authorised US military activity in Iraq. So, the Biden administration is saying that the Iraq war is over and there is no need to continue the two decades-old war resolution.

So, Democrats are handing a gift to Iran by removing the resolution that empowers the US military to strike Iranian proxies in Iraq. Iran can carry out more offensive against the Arabs and the Israelis, by using Iraqi soil. Israel and Arabs must stay close to ward off such risks. Overall, the Yemen war is heating up. Iran is escalating matters, and the Arabs and Israel are preparing for a final showdown that would determine Yemen’s fate.