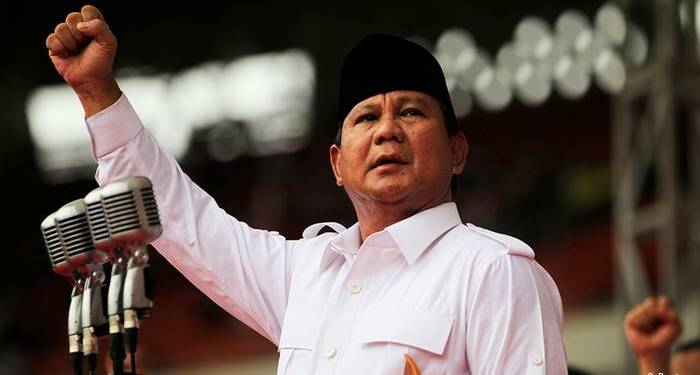 Indonesia has been observing a sudden surge of serious militarization and the politician at the centre of these developments is also gaining popularity. Leading in almost all popularity polls, Defense Minister Prabowo Subianto is hoping to make it third time lucky by effectively confirming he will run for the Indonesian presidency when incumbent Joko Widodo ends his pandemic-interrupted second and final term in 2024. He is the same person who is leading the Indonesian efforts to gain military prowess and thus has turned into China’s nightmare.

Prabowo had not talked publicly about his political aspirations since Widodo unexpectedly appointed him to his new Cabinet after the leader of the Great Indonesia Movement Party (Gerindra) lost the fiercely contested 2019 presidential election to him. Prabowo, 69, Central Java Governor Ganjar Pranowo, 52, and Jakarta Governor Anies Baswedan, 52, are routinely rated as the top three contenders in popular opinion polls early in an election season that will only pick up momentum next year.

“I think if given the opportunity, anyone who still loves his country will definitely want it (but) there are many, many candidates so it will be up to the people to decide,” the former three-star general said in a June 13 podcast.

As reported by SCMP, Indonesia has signed a contract to buy six new FREMM multipurpose frigates and two old Maestrale-class frigates, according to the website of Italian shipbuilder Fincantieri. After the Italian Navy retires the two Maestrale-class frigates, they will be available. The arrangement was “of the utmost importance” to improve collaboration between two countries in the “strategic area of the Pacific,” according to the company. It did not say how much the contract was worth. The frigate contract, according to Muhamad Haripin, a researcher at the Indonesian Institute of Sciences’ Centre for Political Studies, reflects greater European engagement with the Indo-Pacific area.

According to a leaked document, Indonesia’s defence ministry will propose a budget of US$124 billion over five years, representing a significant rise in defence spending for the country. It spent roughly US$38.8 billion in the previous five years. On top of that, Indonesia has already ordered eight frigates from Italy. This increased military expenditure makes Defense Minister Prabowo Subianto a nightmare for China and as he is all set to become the next President of Indonesia making it worse for Beijing.

Eschewing convention, Prabowo’s podcast interview was posted on YouTube by body-building social media personality Deddy Corbuzier, a former magician and member of the so-called “homeless media” who claims a 15 million-strong following. The interview came days after the minister unveiled a US$123 billion defence modernization program, which is already under fire from critics for being too costly at a time when the economy is still staggering from the Covid-19 pandemic.

Read more: Indonesia is on a massive defence purchase spree to challenge the hegemony of China in the South China Sea

He’s also been courting Megawati, first by installing a statue of her father, founding president Sukarno, on the Defense Ministry premises, and later by bestowing an honorary professorship on her at the Defense University. Prabowo and the PDI-P have long been linked, with Megawati’s daughter, DPR Speaker Puan Maharani, 47, as his running mate in 2024. Despite the fact that Prabowo’s reference is thought to be elsewhere, the matriarch is unlikely to stray from her family, given her obsession with the Sukarno tradition.

The latest survey by Saiful Mujani Research & Consulting (SMRC) puts Prabowo at 21.5%, followed by the PDI-P-affiliated Pranowo (12.6%), Baswedan (12%), former vice-presidential candidate Sandiaga Uno (5.5%) and West Java Governor Ridwan Kamil (4.4%). Going ahead, it is clear that the next elections will see a new leader of Indonesia, and China is looking keenly at who will become the leader. And as the Defence Minister who is making Indonesia a contender of China militarily in South East Asia, is gaining prospects, things are turning from bad to worse for China.