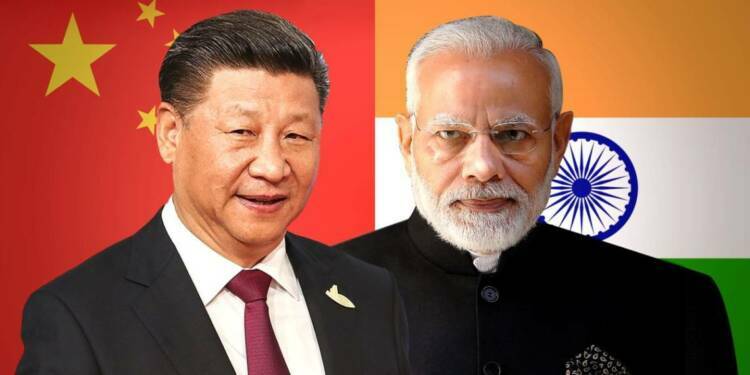 Remember, how the Suez Canal blockage created supply chain troubles across the world? Now, China is facing an even bigger crisis- some of its busiest ports in Southern China are getting clogged causing a shipping backlog that would take months to clear. And this is derailing Chinese ambitions to steal business from India. In fact, the world at large is realising the perils of doing business with an irresponsible and authoritarian power like China.

A major Coronavirus outbreak in southern China has led to local lockdowns since late May. Congestion at container shipping ports is hurting Chinese trade. Chinese statistics say that more than 194 new Wuhan virus cases have been recorded in Guangdong province, which serves as a key manufacturing and exporting powerhouse for China.

Leading ports in Guangdong like Yantian, Shekou, Chiwan and Nansha issued notices this week and suspended vessels from entering ports without advance reservations. Also, these ports will only accept bookings for export-bound containers within three to seven days prior to the arrival of the vessels. Meanwhile, major shipping companies too have warned of vessel delays, changes in port call schedule and even the possibility of skipping some ports altogether.

Ocean Network Express (ONE) released a notice on June 9 stating that Yantian International Container Terminal, the world’s fourth-largest container port, continues to operate below capacity. On the other hand, congestion at Shekou and Chiwan container terminals has surged to over 90 per cent of capacity.

As per a recent estimate by Lars Jensen, CEO of Danish consultancy Vespucci Maritime, the backlog at Yantian alone has surged to 357,000 six-metre container loads since late May when the latest wave of Coronavirus cases led to restrictions in southern China. The backlog at Yantian alone exceeds the total volume of trade impacted by the six-day closure of the Suez Canal in March.

Refinitiv data revealed that as of Friday, over 50 container ships were waiting to dock in the Outer Pearl River Delta, where some of the busiest Chinese ports are located.  China claims that the backlog at Yantian and other container ports will start operating normally by the end of June. But the reality is that the crisis caused by ongoing shipping congestion in southern China is going to continue for many months.

The effect of China’s shipping crisis is being felt in global supply chains. Even last year, when China was struck by the Wuhan virus, the global supply chains had got affected due to restrictions in the Communist nation. At that time, the world at large did think about moving away from China, but ultimately countries started doing business with China and see where it has landed the world all over again.

China’s plans, on the other hand, are going haywire. When India was hit by the second wave of coronavirus, China had started to celebrate that now they can teach a lesson to the companies which thought they could go to India and are now stuck. Beijing celebrated the fact that it could now pull companies out of India and steal business from its competitive neighbour.

When India was facing the second wave, the Chinese Communist Party (CCP) was mocking India. A top Chinese law enforcement body had even posted an insensitive picture juxtaposing a Chinese space launch with grim cremation pyres in India.

China was literally trying to celebrate upon deaths in India, caused by a virus that originated in Wuhan in the first place. But call it karma – today, the busiest of Chinese ports are getting badly clogged. China’s plans of thriving on India’s misery have backfired completely. The container congestion crisis in China is going to further affect the already ailing Chinese economy.

China’s economy is already a victim of President Xi Jinping’s bad management. A debt crisis looms large on the Chinese economy as many of its leading private firms, State-owned enterprises and regional banks are defaulting frequently. The economic growth is timid and trade wars with countries like the US and Australia are already ravaging the Communist nation.

The latest container crisis in southern China could as well be the final nail in the coffin as far as the Communist nation is concerned. It is again going to remind the world that it must move away from China and not concentrate supply chains upon the country.