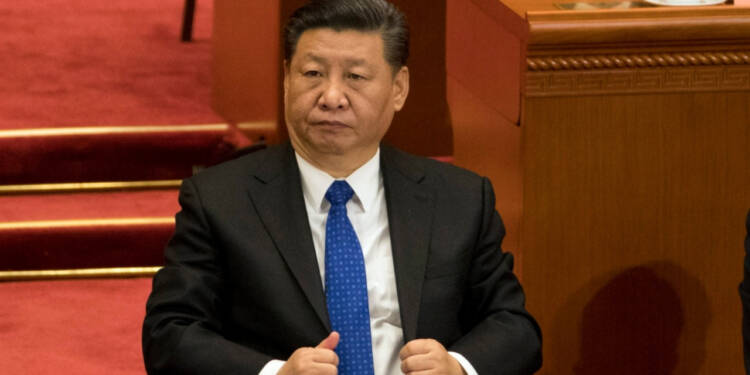 Remember the 1929 Great Depression, when Americans purchased utility goods on instalments and even took loans for buying stocks in companies? Later, when overproduction led to unemployment and loss of income, en masse defaults ensued causing a great depression in the American economy. Well, China may be about to head into an even bigger debt crisis.

In recent times, hundreds of fintech companies like Alibaba-affiliate Ant Group have lent big to millions of China’s youngsters. Often, these fintech companies act as brokers allowing consumers to borrow from traditional banks. But with its economy slowing down, China is looking at en masse defaults, which can hurt the Communist nation’s financial system irreparably. The Chinese government is making a last-minute move by regulating fintech companies but it may be too little, too late.

And then, small borrowers aren’t China’s only problem. Even the big borrowers are defaulting. Danke, which functions as a rental agent for half a million Chinese tenants, is alleged to have run into financial problems. It is also alleged of having failed to pay their landlords across China, as a rental agent. Similarly, in June, it was found that Kingold- China’s largest privately-owned gold processing and jewellery company, had passed off 83 tons of gilded copper as gold in collateral.

Nevertheless, Xi’s attention is shifting to China’s microlending crisis. Fintech companies have been especially addictive for Chinese youth. These companies are often built seamlessly into e-commerce platforms or even get associated with other services like rental platforms. So, very often Chinese citizens borrowing more than they can repay.

Now, China has started feeling as if the fintech companies are triggering the ongoing debt crisis. Shen Yan, an economics professor at Peking University’s National School of Development, tells Rest of World said, “For some companies, the ‘better clients’ in their eyes are those who can’t stop borrowing money.”

Xi himself seems to look down upon fintech companies as a cause of concern. He has gone as far as getting involved in an ugly duel with Alibaba founder Jack Ma, over this issue. Last month, the Xi administration halted what was going to be the world’s largest stock market listing- Ant Group’s $37 billion IPO in Shanghai and Hong Kong.

Ant Group is a pioneer in the online money lending industry and by cracking down on it, Xi was sending a clear signal- fintech companies won’t be allowed to continue lending freely. But then Ant Group is not the only online money-lender in China. Hundreds of such companies have cropped up across the Communist nation.

Also, Ant Group was the least likely to be unscrupulous. It is the smaller companies spread across China that are likely to be involved in reckless lending as brokers for traditional banks. So, China has now also announced some other regulatory measures to mitigate its debt crisis.

The Chinese government wants a say in how online microlending works. So, China’s Central Bank has granted a license for collection of personal credit ratings to a joint venture between a State-owned firm and two private internet companies. The signal is clear- Xi wants to decide who can borrow and the credit ratings of private fintech companies are not to be relied upon.

Chinese regulation is also becoming tough. New rules require online money-lenders to originate at least 30% of the loans that go through their platform. Earlier, these companies were acting predominantly as brokers and originated less than 5% of the total loans on their platforms. It allowed fintech companies to shift their risk to traditional banks.

Fintech companies stand to lose- one, they have to take a greater risk now and two, they have to raise more capital for lending. Yet, Xi’s measures can perhaps only slow down unscrupulous lending. Chinese banks have already lent to millions of borrowers who simply can’t repay. China’s financial system is now bound to crash irreversibly.