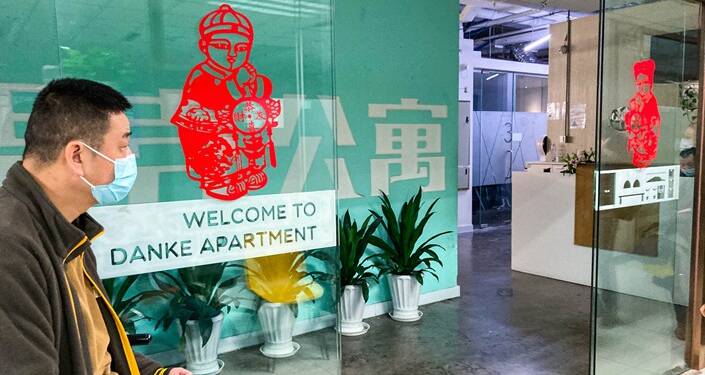 How would you feel if you take a loan to pay rent for an entire year, and yet your landlord kicks you out? Terrible right? Well, this terrible situation seems to have become the reality for countless Chinese tenants who are facing the imminent danger of getting evicted by their landlords, even though they had paid yearly rents. We are talking about the controversy surrounding Danke, which is run by a New York-listed Chinese firm Phoenix Tree Holdings Ltd.

Danke functioned as a rental agent for half a million Chinese tenants. But it has run into financial problems and has allegedly failed to pay landlords as a rental agent across China. So, several tenants who thought they had actually paid their rents now face the risk of eviction. A young man in Guangzhou even committed suicide and as per SCMP, Chinese authorities are scrambling to ensure that the situation doesn’t escalate into social unrest.

Danke’s business model sought to provide a solution for the housing problem in China’s megacities. Chinese youngsters with limited income always find it difficult to afford rental housing. Most of the apartments available in big Chinese cities are usually designed for families. So, they are a bit too expensive for single youngsters.

In 2015, Danke came up with a unique idea. It rents apartments on a long-term basis from landlords. These apartments are then renovated and split into smaller units. The smaller units are finally sublet to tenants. This was a win-win situation for everybody. Tenants believed they could finally afford living space at an affordable rent and landlords were able to lease out entire apartments.

To make its business more convenient, Danke also created the “rental loan” model. The company partnered with WeBank, China’s first private online-only lender, backed by Chinese internet giant Tencent. Sub-tenants contracting with Danke had the option of availing the loan facility from WeBank for paying full-year rents. As of December 1, WeBank extended as many as 161,845 loans to Danke tenants.

But the Wuhan virus Pandemic has cut short the dream run of Danke’s “rental loan” model. The Pandemic has ravaged the Chinese economy and tech sector, which was creating a massive pool of Chinese youths looking for living spaces in the metropolis. Now, there are no new jobs in China’s megacities, nor are there enough Chinese youngsters to maintain Danke’s capital flow generated by renting new flats.

So, there a number of Chinese tenants who sub-leased residential spaces from Danke and also took loans from WeBank to pay full-year rents. But these tenants are now left with debts to pay, but landlords allege Danke hasn’t forwarded the prepaid rents to them.

The grim situation has led to a number of tenants facing the risk of eviction. One such tenant was Zhong Chunyuan, a 20-year-old jobseeker from Huizhou, Guangdong province. Zhong is believed to have committed suicide by jumping from his 18th floor flat in Guangzhou after setting fire to the 10-square-meter room in which he was living.

Zhong is reported to have committed suicide on December 3, which was the deadline set by his landlord to move out even though Zhong is said to have paid rent for the entire year through the online broker company.

SCMP reported that Danke has not replied to its email request, and that attempts to establish telephone contact with the company were also unsuccessful.

Anyhow, the way the entire controversy has blown up goes on to prove that China’s economic downfall is going to push the Communist nation into a number of socio-economic troubles. The CCP can do what it wants, but the deepening economic crisis is bound to ultimately trigger a major social unrest in China.