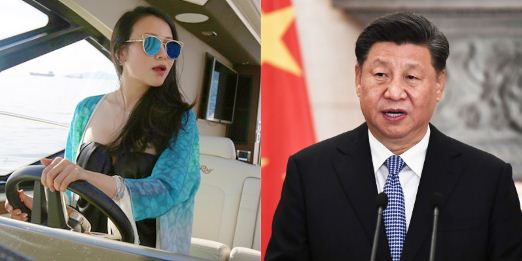 Nothing illustrates the hypocrisy of Communism better than the People’s Republic of China. To be fair, China started as a true Communist nation with Mao Zedong’s regime killing, purging and looting China’s rich people. But slowly, the CCP realised that eliminating the rich doesn’t help a nation grow even if that unfortunate nation believes in Communism. So, people associated with the Chinese Communist Party started getting rich.

Letting some people get rich has created the world’s largest Communist economy. But it has also created serious inequality of wealth. It has also created an offensively rich second generation in China called Fuerdai. For years, Fuerdai have been known to abuse power, which comes along with wealth in China. But now the present Chinese President Xi Jinping cannot tolerate the shenanigans of Fuerdai for political reasons. The Chinese government is now cracking down on these rich progenies relentlessly.

Within China, it has been quite usual to see the country’s rich kids flaunt their wealth- a billionaire son buying eight iPhone 7S and another Fuerdai showing off her helicopter on Instagram which China’s ordinary citizens cannot even access, being some of the examples.

But now such obscene display of wealth is becoming a rarity in China. So, why have China’s rich kids stopped flaunting their wealth all of a sudden? Has China finally achieved the utopian dream of absolute equality? Is this what the Communist dream of a classless society look like?

Well, you might want to think so. But Xi Jinping is just trying to mask the offensive inequality that has powered China’s stunning economic growth after former President Deng Xiaoping brought the Communist nation out of the Maoist era.

Remember, the ordinary peasants of China, or if we may refer to them as proletariats, still live with the utopian dream of equality, which was promised by none other than Mao. Even when the CCP stopped antagonising the rich, the argument being put forth was that some people will get rich first, followed by others.

However, today China has more billionaires than the US. At the same time, most of China’s citizens live on less than ten dollars a day and an elusive Communist dream of equality. To make matters worse, China is going through a food security crisis. Also, China’s economy is coming crashing down owing to the global backlash that Beijing is facing, and the poor performance of Chinese tech giants.

The poor who weren’t lucky enough to “get rich first” are the worst-hit. So, Xi Jinping has understood that playing with the emotions of the proletariat isn’t such a good idea. If the rich end up flaunting their wealth at this juncture, then disaffection against the Chinese state may overpower the CCP. The last thing that Xi Jinping wants in these turbulent times is a revolution against his government.

At a major CCP meeting in October, the Chinese President even remarked that China’s development was “unbalanced and insufficient.” Xi Jinping hinted that he wants “common prosperity” by 2049, when the People’s Republic of China will be celebrating its hundredth anniversary.

Fuerdai understand how China’s President will achieve “common prosperity”, or more precisely, create the illusion of common prosperity. At a certain level, it has already started happening. The rich kids are being asked to behave. No more fancy parties or letting the world know that you were the ones to “get rich first”.

The message that China’s spoilt, rich kids seem to be getting is to play low-profile. They can still keep hoarding expensive gadgets, expensive liquor and luxury sedans. All they should ensure is that they don’t end up flaunting their wealth, or else Xi Jinping will find them and punish them.

The Fuerdai culture is thus becoming a thing of the past in China, as the obscene display of wealth gets frowned upon.