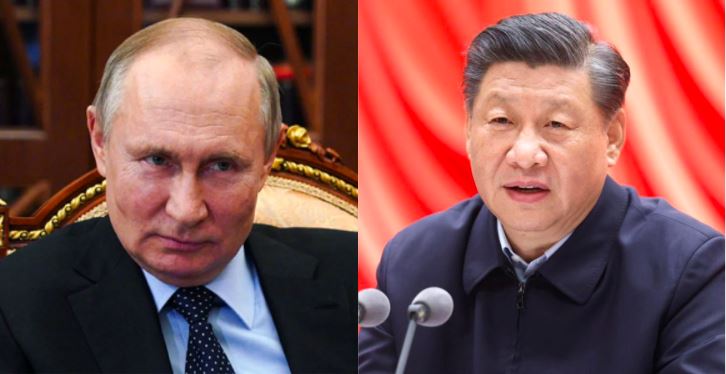 China’s biggest nightmare is coming true, as the United States of America is driving a serious wedge between Moscow and Beijing. During the recent Geneva summit between Putin and Biden, the US President was found trying to pivot towards Russia, in order to wean it away from China. China has been seemingly unnerved by the Oval Office’s latest attempts to exploit faultlines in the Sino-Russian relationship. Global Times, a Chinese Communist Party (CCP) mouthpiece, published a report immediately after the Geneva summit that argued why Biden’s bid to drive a wedge between China and Russia is going to fail.

The Global Times report however shows clear signs of a meltdown in Beijing and indicates how Russia and China are not at their friendliest.

A day prior to the Geneva summit between Biden and Putin, a US-based media outlet Cyberscoop, published a report which mentioned that the Russian government agencies were allegedly hacked by Chinese hackers. The content and timing of the report suggested that the US wanted to clarify how China is becoming a big threat to Russia.

After the Geneva statement, US President Joe Biden’s policy of driving a wedge between Russia and China in order to isolate Beijing became amply clear. He even argued, “Russia is in a very, very difficult spot right now. They are being squeezed by China. They want desperately to remain a major power,” while explaining why Russian President Vladimir Putin would want to work with the United States and other countries.

Perturbed by Biden’s surprising manoeuvre to play up the existing fissures in the Sino-Russian relationship, CCP mouthpiece Global Times decided to discredit the latest US policy. In an unimpressive rant against the United States, the State-run Global Times admitted that during the Geneva summit, “Biden tried to drive a wedge between Russia and China.”

Global Times reported, “Biden told President Putin that Russian economy is “struggling”, and Russia faces a long border with China at a time when Beijing is “hell-bent on domination”.”

Global Times added, “It is truly beyond any person’s normal imagination for Biden to utter those words to Putin, which only reflects the US president’s desperation to enlist friends and foes alike, in order to slow down China’s rise.”

Truth be told, China could never imagine that the US will publicly bring up faultlines in the Sino-Russian relationship and issues like Chinese expansionism against Russia.

And then, the CCP mouthpiece tried to convince how Russia and China share a close relationship. The State-run media publication added, “Ever since Putin became the Russian top leader in 1999, relationship between the two great neighbors of Russia and China has been improving, and took a giant leap in 2004 as the two countries settled all their border issues in a landmark boundary agreement.”

Global Times also claimed, “The two powers share nearly identical positions on the international stage, the two economies are complementary in structure, and in particular, the top leaderships in Beijing and Moscow are respecting and adoring each other, which sets the bedrock for the two to stand back-with-back.”

However, what Global Times didn’t reveal is the fact that its own Editor-in-Chief Hu Xijin had refused to refer to Vladivostok as “tongzhi dongfang” or “Ruler of the East”, which is the meaning of its Russian name and chose to call it by the Chinese pseudonym- Haishenwei, at a time when ultra-nationalist Chinese elements were trying to stake claim over the Russian Far East capital Vladivostok.

Global Times deliberately concealed how China is trying to take over the isolated Russian Far East, challenge Russian primacy in the Arctic region and eat into Moscow’s privileged sphere of influence in Central Asia and Eastern Europe. The CCP mouthpiece also glossed over tensions between Moscow and Beijing, over the latter’s attempt to steal Russian defence technology.

But no matter what Global Times has to say, some really contentious issues between Moscow and Beijing have already created huge cracks in the Sino-Russian relationship. And the US seems to be successfully driving a deep wedge between the two nations.