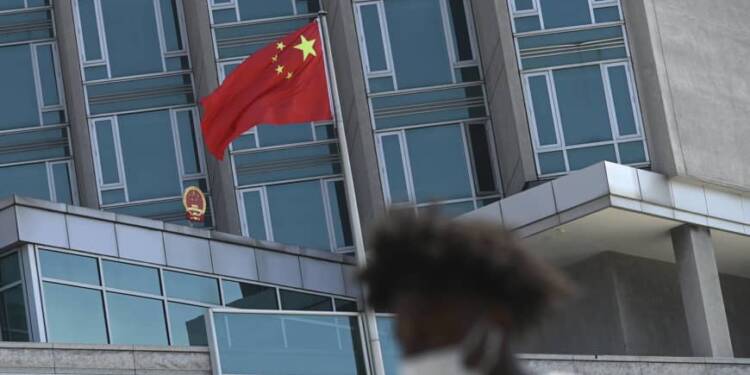 The Chinese Communist Party and Xi Jinping have always found underhanded ways to achieve any and everything that they had set their minds on. According to Nicholas Eftimiades, a former US intelligence official, China is receiving assistance from UK academics in the quest for advanced military weapons. As Xi Jinping’s regime seeks to capture vital research and technological know-how under the guise of intellectual exchange programmes, a renowned expert on Chinese espionage against the West has warned that UK engineers and academics are “running back and forth to China.”

According to former US intelligence official Nicholas Eftimiades, China is being aided by UK academics in the pursuit of advanced military capabilities. He claimed that he has seen many academics sharing sensitive information freely with Beijing. Mr Eftimiades told Express.co.uk: “I know professors who were back and forth to China for three months at a time. “Working in some of the best institutions like Beijing University of Aeronautics and Astronautics now known as Beihang.

These ill-intended adventures of the Chinese Communist Party are visible in other nations as well. The penultimate moment in China-Australia hostilities seems to have arrived. China has resorted to incarcerating innocent Australian nationals, and Canberra is not a tad bit happy with the paper dragon’s antics. For almost two years now, Australian writer Yang Hengjun has been languishing in a Chinese jail in Beijing and is being subjected to the usual communist torture and brazen disregard for human rights. Hengjun has been accused by China of espionage and national security crimes.

The incarceration of Yang Hengjun has once again come into the limelight since the Australian national is scheduled to face trial next week in a closed court in Beijing on the preposterous charges slapped against him by the Chinese Communist Party. The trial comes two years after his arrest, and he is most likely to be falsely convicted and jailed for crimes he never committed. In China, those accused of crimes of espionage and national security subversion, along with dissent against the CCP are hardly acquitted.

Read more: China is set to brand Australian citizen Yang Hengjun as spy, this could formally mark the end of Australia-China relations

According to the former US intelligence official, “So, in the Thousands Talents Programme, you have a steady stream of UK engineers, academics, and other professionals going back and forth to China for several months at a time. In the United States, we have extremely strong regulations on it. We don’t have them all the time, but we do have them, and when the FBI and the Department of Education looked into what was going on, they discovered that those regulations were being broken on a regular basis. The United Kingdom, on the other hand, has no such limits.”

Meanwhile, the expert on Chinese intelligence operations has warned that Beijing is capable of dictating terms as the UK Government looks to expand Britain’s role in the world. And the fact that top University professors are literally on the payrolls of the CCP to help China get crucial defence tech from the United Kingdom, there needs to be a deeper government intervention to fill all the loopholes.

Commodity prices are out of CCP’s control in China, so now it is releasing copper, aluminium and zinc reserves