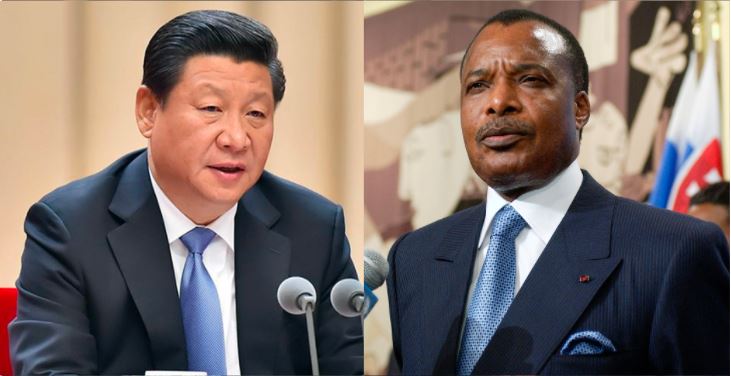 Xi Jinping’s strategy of debt trapping developing or underdeveloped nations is facing yet another setback. This time around, the Republic of the Congo has managed to arm-twist China on the issue of loan repayments. At the outset, it seems that China was left with only two options – restructure the debt or kiss its money goodbye. Unsurprisingly, Beijing chose the former.

The Republic of the Congo is one of the many victims of predatory Chinese loans. Chinese debt to Congo stood at a mammoth $2.4 billion. Chinese President Xi Jinping was clearly looking to take control of the African country with a massive amount of debt. But Congo followed the general pattern in Africa, which is to arm-twist China into restructuring or delaying debt payments.

Congo’s demand to have its debt restructured bears an intimate link with its desire to secure IMF leading. The Washington, DC-based global lending institution had approved a three-year $449 million lending programme for the Republic of the Congo in 2019 with a precondition that the Central African nation would maintain the long-term sustainability of its debt obligations.

However, the IMF has disbursed only $45 million to date, as Congo’s debts have soared to 110% of its Gross Domestic Product (GDP) as opposed to IMF’s 70% debt to GDP threshold for Central Africa. The IMF suspended lending to Congo at a time when the Central African nation was already facing a severe economic crisis owing to the Wuhan virus pandemic and falling oil prices.

Andely said, “The debt is an obstacle to the conclusion and the continuation of relations with the IMF within the framework of the extended facility which was concluded in July 2019. That’s the point that sometimes hurts our country.”

The 2019 arrangement required Congo to repay a third of its debt within three years, and the rest had to be discharged during a 15-year extension of the repayment schedule. But now, Congo wants further restructuring.

The Congolese Finance Minister disclosed that President Denis Sassou Nguesso had “raised the problem” in a telephonic conversation with Xi Jinping,  “proposing a second restructuring” of the debt obligations. Andely said that the Congolese President told Xi that debt has again become unsustainable owing to the shock caused by the COVID-19 Pandemic.

The Congolese Finance Minister said, “President Xi Jinping approved this and thanked him for this proposition.” The two Presidents agreed to refer the issue to experts from both countries to set the terms and conditions for a further restructuring of the debt obligations.

The Republic of the Congo is not the first African nation to put Beijing in a spot of bother over debt obligations. Last year, China was forced to pause debt repayment amidst the raging pandemic for 77 countries, 40 of which were located in the African Continent.

Many Coronavirus-hit countries in Africa have successfully compelled China to reschedule or restructure debt, on the ground that they are presently occupied in combating the COVID-19 pandemic. China, on its part, couldn’t afford to be stubborn given its dipping soft power following the Coronavirus pandemic and racial discrimination against people of African origin in the Communist nation.

The case of Congo is not very different either. And China seems to have been done in by yet another country in the African Continent. Xi stands arm-twisted yet again, as the Republic of the Congo successfully got its debt obligations restructured.