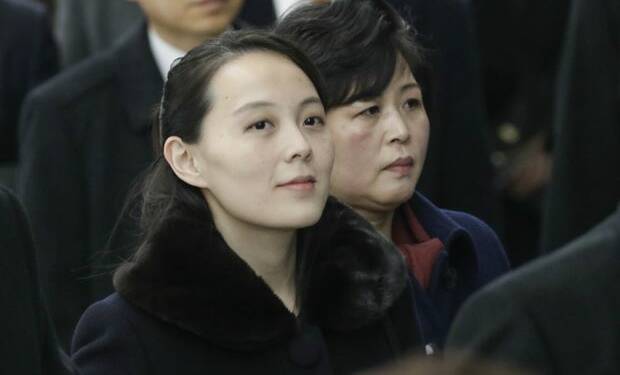 The way in which Joe Biden has been alternating on the policy decisions and even as there was a small glimmer of possibility for talks between North Korea and the USA, the latest statement from Kim Jong-un’s sister has subdued them. Kim Yo Jong, the Deputy Director of the Publicity and Information Department under the Workers’ Party of Korea, said on Tuesday that the US has “wrong” expectations, responding to White House Security Adviser Jake Sullivan, who said the previous day that he saw an “interesting signal” in North Korean leader Kim Jong-un’s recent speech on preparing for dialogue with the U.S.

These developments emphasize on the fact that China still has a strong presence and influence over the policy decisions in Pyongyang. And the fact that any possibility of talks between North Korea and the USA will jeopardize China’s position as the interlocutor is something it doesn’t want. In a five-line statement released by North Korea’s state-run Korean Central News Agency, Kim said she heard reports that the White House Security Adviser called Kim Jong-un’s recent speech about the need to prepare for both dialogue and confrontation with the US an “interesting signal.”

“A Korean proverb says that ‘In a dream, what counts most is to read it, not to have it’,” Kim said. “It seems that the U.S. may interpret the situation in such a way that it seeks comfort for itself. The expectation, which they chose to harbor the wrong way, would plunge them into further disappointment,” Kim lashed out at White House Security Adviser Jake Sullivan’s interview with ABC News held on Sunday (local time).

Joe Biden on Friday announced he will appoint career diplomat Ambassador Sung Kim as a special envoy to North Korea as the United States and South Korea affirmed their shared commitment to engage diplomatically with the China-sponsored rogue nation to end its nuclear program. The appointment of Sung Kim as a special envoy to Pyongyang assumes significance since he is the same man who played an instrumental role in organising the dialogues between former President Donald Trump and Kim Jong-un.

Read more: There is only one man that Biden trusts to formulate his North Korea policy, and the man is Donald J. Trump

Sung Kim, as Ambassador to the Philippines, led a delegation of American diplomats to hold talks with North Korean officials in Panmunjom in late May 2018. So, the man who has now been appointed by Biden as a special envoy to North Korea was, in fact, the same man who, to a great extent, crafted and carried forward Donald Trump’s North Korea policy.

However, now the situation seems to have taken a downward spiral which is exemplified by the latest statements. A Cheong Wa Dae official stated that the organisation cannot afford to make a remark on the matter and does not expect to do so. The Ministry of Unification declined to comment on the topic, claiming that the South Korean government is unable to do so because it is North Korea’s response to a statement made by a senior American official.

Prior to Kim Yo Jong’s announcement, the Ministry of Foreign Affairs announced the closure of the South Korea-US “working group” forum, which had been in place for 31 months since November 2018. Kim Yo Jong referred to the forum as the “noose of pro-US flunkeyism” in June of last year. The “working group” forum is a consultation body established by the South Korean Foreign Ministry and the US State Department to develop a coordinated approach for inter-Korean cooperative commercial ventures that do not breach North Korean restrictions.