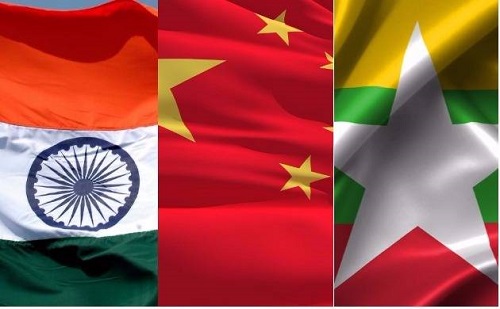 With a vote of 119-1, the United Nations General Assembly passed a resolution on the “situation in Myanmar” on June 18. Despite the fact that the agreement is not legally binding on member states, it has tremendous political clout. In total, 36 countries abstained from voting, including India. Belarus was the only country to vote against the resolution, which it had requested. Bob Rae, Canada’s Permanent Representative to the United Nations, shared the full voting record on his Twitter account.

By abstaining to vote for sanctions at the United Nations India has put its own geopolitical interests first, i.e. to deter Chinese influence in the region. Having already made a mistake with disastrous consequences back in 2013 in Sri Lanka, India has now acted to secure its interests and at the same time has managed to avert an even bigger disaster. If pushing Sri Lanka into China’s lap was a grave mistake, pushing Myanmar into China’s lap would have been a security disaster.

The resolution urges Myanmar’s military to lift the state of emergency, reopen the “democratically elected parliament,” release detained civilian leaders “immediately and unconditionally,” “swiftly implement” the five-point consensus reached the Association of Southeast Asian Nations meeting in April, cooperate with the ASEAN Chair’s Special Envoy, and end “all violence” in the country.

It also urges all member states to “block the flow of armaments into Myanmar,” citing a UN Security Council resolution from last year that called for a global ceasefire in the wake of the Covid-19 outbreak.

However, India abstained from voting. India has “direct stakes in the maintenance of peace and stability in Myanmar,” according to the Indian Permanent Representative to the United Nations, Ambassador TS Tirumurti.

Despite its abstention, it made several arguments that overlap with the resolution’s content, such as welcoming the ASEAN five-point consensus, reaffirming the UN Security Council’s call for an “early visit of the ASEAN Special Envoy,” condemning the “use of violence,” and expressing “steadfast” support for the democratic transition process (“there can be no turning back”). It also acknowledged that Myanmar’s instability could spread beyond its boundaries, and asked for “greater engagement” to “resolve all issues peacefully.”

India’s decision to abstain is unsurprising. New Delhi has adopted a cautious stance on the putsch from the start, condemning the violence and emphasising the significance of a democratic transition without casting fingers at the military or threatening any penalties. It has also refused to accept asylum seekers fleeing the military regime’s violent crackdown through the Northeastern border, at least according to official protocol.

This balancing act is motivated by two factors: the centrality of Myanmar in India’s regional calculation, and New Delhi’s determination to maintain communication channels with Burmese generals and, as a result, prevent them from falling further into China’s clutches. In short, India is committed to cooperating with whoever is in power in Naypyitaw – which is currently the military – in order to safeguard its bilateral and regional interests.

India must also recognise the serious contradiction in its regional posture with regard to Myanmar. On one hand, it refuses to take a firmer stance against the Burmese military dictatorship, fearing that doing so will alienate Burmese generals and push them closer to China. However, by insisting on a regional solution at the United Nations while doing little on the ground, India just serves as a wingman for China.

After all, China is currently the most powerful country in the area, with significant clout over not only the regime in Naypyitaw but also the ASEAN bloc. It, like India, believes that Western sanctions and censure are unproductive — except that China, unlike India, has the authority to use its veto to protect the military dictatorship from significant punitive action at the UN Security Council. This makes Beijing the most effective regional partner for the Burmese military dictatorship.

Thus, India refuses to propagate sanctions against Myanmar’s military government. Moreover, India has also learnt its lessons well from its actions in Sri Lanka. Following the war against Tamil militancy, the United States, the United Kingdom, and many other Western powers boycotted Sri Lanka. Human rights violations by the Sri Lankan government rendered it untouchable, and it was placed on the FATF’s grey list as well. India, too, turned its back on Sri Lanka and voted against it in the United Nations.

Read More: Myanmar is Putin’s ticket to Indo-Pacific, and he doesn’t care about Jinping or the CCP’s interests in the country

This not only deteriorated India’s ties with Sri Lanka but also gave China a major opening to gain influence in the island nation. The Sri Lankan government with China’s support emerged strong and it moved forward with relations with China.

China gained a stronghold in the region and China’s support was awarded with the Hambantota port lease for 99 years which has become a major security threat for India and will continue to be one for ages.

Therefore, India cannot commit a similar mistake twice by sideling with western powers at the cost of its own geopolitical interests. Moreover, just like the Hambantota port, China is also looking to gain a stronghold in Myanmar too. It is increasingly pressuring the Myanmar government to let it build a military base in the country which would be a direct security threat to India.

Moreover, while already having Sri Lanka in its fold, China also has a massive BRI project which is enticing to neighbouring states despite it being a major economic failure. Why? Because it promotes infrastructural development in states which are lacking. The Hambantota port lease signed with Sri Lanka is also part of China’s ambitious Belt and Road Initiative. China is also constructing a port in Gwadar, Pakistan.

Thus, it is important for India to deter Chinese influence in the region as it cannot allow China to draw its string of pearls in completion. By, abstaining to vote for the sanctions of the arms embargo, India has put its geopolitical interests forward. It is on the right path and has avoided a major geopolitical disaster in India’s context, but more remains to be done.