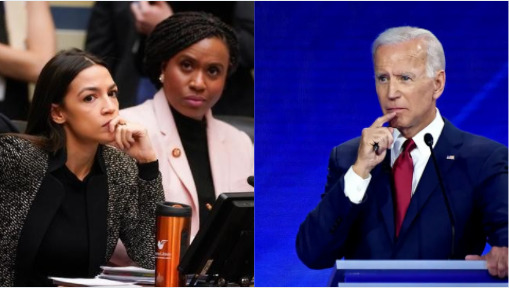 While announcing his decision to divert funds, Biden said, “We’re now providing more guidance on how [state and local governments] can use the $350 billion nationally that the American Rescue Plan has available to help reduce crime and address the root causes.” The US President added, “For example, cities experiencing an increase in gun violence were able to use the American Rescue Plan dollars to hire police officers needed for community policing and to pay their overtime.”

Biden seems compelled to bolster the police, amidst rising crime rates. During the first three months of 2021, murders in 37 US cities went up by a whopping 18 per cent compared to the same time period last year. With the US moving towards the 2022 midterm elections, the rising crime rates are simply unsustainable for the Biden administration and moderate Democrats who want to run in the 2022 polls.

The crime rate has escalated in cities like Portland, Minneapolis and Chicago particularly after the BLM protests and ‘defund the police’ campaign because anti-social elements got quite emboldened

As per Axios, Democrats are privately and publicly warning how rising crime rates threaten their electoral chances, particularly after the Black Lives Matter (BLM) protests and ‘defund the police’. The moderate Democrats understand that the situation with rising crimes is so bad that even the traditional Democrat supporters are getting disillusioned.

Truth be told, when many cities in the US are witnessing rising crime rates in the aftermath of the BLM protests, it is utterly unreasonable for some Democrats to argue that the police should be defunded or abolished.

Sensible Democrat supporters do notice how the way police officers are resigning or taking premature retirements because of all the propaganda directed towards dismantling their profession. Actions like Chicago Mayor Lori Lightfoot’s order to ban foot chases to pursue criminals have really demoralised police officers. The way robbers, criminals and shooters are being allowed to go scott free, while policemen are being ridiculed by radical Democrats doesn’t resonate with most Americans.

In fact, moderate Democrats do realise that it is no coincidence how Eric Adams, a former police officer who opposes the campaign to defund the police, is leading the New York Mayoral race as against Maya Wiley, who supports defending the police.

The fact remains that the ‘defund the police’ campaign gives way too much fodder to the GOP, which Republican candidates can capitalise upon during the November 2022 midterm polls. In fact, the Republicans are running a really strong agenda against the Democrats over this issue.

Josh Hawley, GOP Senator, on Wednesday introduced a legislation to hire 100,000 new police officers. Hawley said, “It’s absolutely vital that we keep American families safe. That is the bottom line, and right now, too many Americans aren’t. Why aren’t they? Because … violent crime is up by over 30% in cities across the country.”

He added, “Unfortunately, that includes my home state of Missouri. We need more cops. We shouldn’t be defunding the police. We should be supporting them.”

Read More: Biden administration will take a complete U-turn on China, Bernie Sanders will ensure it

On his part, Biden realised how the radical progressives are destroying the Democratic Party. So, he is looking to crack down on them before it’s too late. He wants to disown the agenda for abolishing or defunding the police system.

However, even if Biden and moderate Democrats join hands to counter the ‘defund the police’ campaign, there is still a strong force that disallows them from strengthening the police.

All these radical progressives have spoken in favour of defunding the police. Earlier this month, Omar said, “What we are saying is the current infrastructure that exists as policing in our city should not exist anymore, and we can’t go about creating a different process with the same infrastructure in place.”

Read More: “We aren’t happy with him, and our patience is wearing thin”, AOC drops a bombshell on Biden

Newsweek reached out to the offices of Omar, Alexandria Ocasio-Cortez, Tlaib and Pressley for comment. Till now, the radical progressives have not reacted. But we can imagine that far-left Democrats would be fuming over how Biden dared to go against their wish while diverting COVID-19 funds to police.

For all practical purposes, Defund the Police is going to stay. “The Squad” is too powerful to be sidelined and it controls the pro-Democratic Media right now. Biden’s latest move to strengthen the police will create a very clear split in the Democratic Party and radical progressives would have no qualms in destroying their own party over an issue as contentious as ‘defunding the police’.